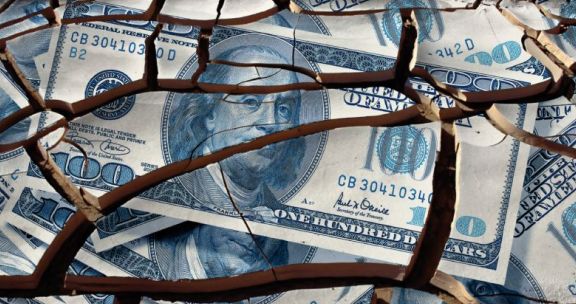 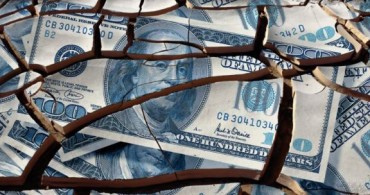 Tune into CNBC or click onto any of the dozens of mainstream financial news sites, and you?ll find an endless array of opinions on the latest wiggle in equity, bond and commodities markets. As often as not, you?ll find those opinions nestled side by side with authoritative analysis on the outlook for the economy, complete with the author?s carefully studied judgment on the best way forward.

Lost in all the noise, however, is any recognition that the US monetary system ? and by extension, that of much of the developed world ? may very well be on the verge of collapse. Falling back on metaphor, while the world?s many financial experts and economists sit around arguing about the direction of the ship of state, most are missing the point that the ship has already hit an iceberg and is taking on water fast.

Yet if you were to raise your hand to ask 99% of the financial intelligentsia whether we might be on the verge of a failure of the dollar-based world monetary system, the response would be thinly veiled derision. Because, as we all know, such a thing is unimaginable!

Honestly describing the current monetary system of the United States in just a few words, you could do far worse than stating that it is ?money from nothing, cash ex nihilo.?

That?s because for the last 40 years ? since Nixon canceled the dollar?s gold convertibility in 1971 ? the global monetary system has been based on nothing more tangible than politicians? promises not to print too much.

Unconstrained, the politicians used the gift of being able to create money out of nothing to launch a parade of politically popular programs, each employing fresh brigades of bureaucrats, with no regard to affordability.

Such programs invariably surged during political campaigns and on downward slopes in the business cycle when politicians hearing the cries of the constituency to ?do something? tossed any concern about balancing budgets out the window of expediency. After all, the power to print up the funds for debt service whenever needed makes moot any concern over deficit spending.

Former VP Cheney, who fashions himself a fiscal conservative, let the mask drop when, in 2002, he stated that ?Reagan proved deficits don?t matter.?

Those words were echoed just a few weeks ago, when both former Fed Chairman Alan Greenspan and Obama economic advisor Larry Summers, in separate interviews, said almost the same, paraphrased as, ?There is no chance of the US defaulting on its bonds, not when our government can borrow dollars and print new dollars to meet any future obligations.?

Of course, Greenspan and Summers were referring to an overt default ? of just not paying ? and not to a covert default engineered by inflation. Unfortunately, like virtually all of the power elite, both miss the point that the mountain of debt that has been heaped up since 1971 is fast reaching the point of collapsing like a too-big tailings pile and taking the monetary system down with it.

Is the US Monetary System on the Verge of Collapse?
http://endtimeinfo.com/2011/09/is-the-us-monetary-system-on-the-verge-of-collapse/
fiat moneyfinancial crashnew financial systemUS debt
Previous ArticleLife After An EMP Attack: No Power, No Food, No Transportation, No Banking And No InternetNext ArticleSir David Attenborough?s Anti-Science Position