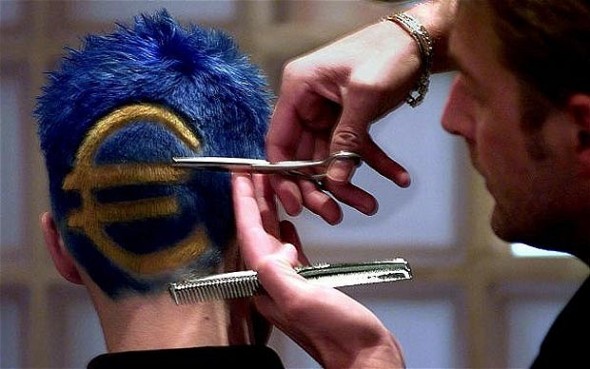 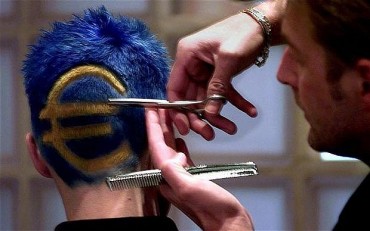 Europe is in disarray, stock markets are plunging, the banking crisis is back in full swing, gold is at record levels, and both the UK and US are self-evidently slipping back towards recession ? not since the autumn of 2008 have things looked quite so ominous.

We appear to be at another pivotal moment, with Western economies once more staring into the abyss. At a conference in Frankfurt this week, Josef Ackermann, chief executive of Deutsche Bank, compared events to the Lehman Brothers catastrophe of 2008 and warned that many banks in Europe are essentially bust. His opposite number at KfW went further still and said that the present cocktail of negatives was ?much more dramatic than 2008?.

Back then, governments and central banks still had the financial firepower and the will to attack the problem with massive injections of fiscal and monetary stimulus.

Today, the fiscal armoury is exhausted, while it is not clear that further monetary easing through the printing presses of ?quantitative easing? would have any effect beyond adding to inflation.

Indeed, the parallels look alarmingly closer to the banking collapses of 1931, which plunged the world into prolonged depression, than the storms around the Lehman collapse.

In Europe and the US policymakers are paralysed ? by growing Euroscepticism among electorates on the one hand and fierce Republican resistance to further deficit spending on the other. There is little or no consensus about what needs to be done. In Europe, governments are a million miles away from either of the two remedies likely to resolve the crisis: break-up of the euro or the establishment of political and fiscal union.

The euro debt crisis seems to have reached an intractable state of affairs, with leaders apparently unprepared to contemplate either reconstitution of the currency along lines that would allow the distressed periphery to reflate their economies out of depression, or the establishment of a United States of Europe ? where ad hoc and crisis-invoked bail-outs are replaced by clear-cut mechanisms for fiscal transfers between surplus and deficit nations.

Small wonder that investors are running for the hills. Mass and disorderly default appears to be the only way in which events can unfold. The distinct possibility of catastrophic loss once more looms large across the world economy.

And the analysis by Daily Bell:

Is the world doomed to suffer another Depression? The West is staring into an economic abyss deepened by political paralysis in the US and … Is there any good news? Europe is in disarray, stock markets are plunging, the banking crisis is back in full swing, gold is at record levels, and both the UK and US are self-evidently slipping back towards recession ? not since the autumn of 2008 have things looked quite so ominous. We appear to be at another pivotal moment, with Western economies once more staring into the abyss. ? UK Telegraph

Josef Ackermann, chief executive of Deutsche Bank recently compared the current economic mess to what happened after Lehman Brothers went broke in 2008. He indicated that many European banks are under water (as we just mentioned again yesterday) and could not survive an additional crisis; another prominent banker was recently quoted as saying the present cocktail of negatives was “much more dramatic than 2008.”

What strikes us as somewhat humorous, however (in a grim way), is that all this talk of crisis is aimed at manmade systems. The entire economic environment in Europe and America is one that has been purposefully built to create booms and busts. It is a central banking economy that uses commercial banks ? the ones that people are so worried about ? to disseminate phony money that inevitably ends up with price inflation and several times each century with horrific economic environments that approach that of the Great Depression.

One can sound the alarm all one wants to. But increasingly it is difficult to avoid the conclusion that the West’s ? and the world’s ? economy has been built to create the very crises that are now approaching. Inevitably, the solution suggested is further consolidation. Thus globalism advances and thrives, the product of a perverse central banking system that does not need to exist, and should not exist.

Is the world doomed to suffer another Depression?
http://endtimeinfo.com/2011/09/is-the-world-doomed-to-suffer-another-depression/
depressionEuroEuropefinancial crashglobalism
Previous ArticleThe Coming World GovernmentNext ArticleDo You Now Understand Why You Need To Prepare For Emergencies? This Has Been The Worst Year For Natural Disasters In U.S. History