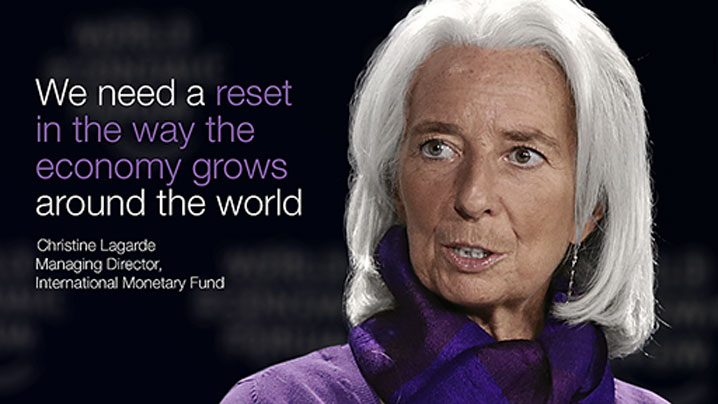 In my last article, I outlined the deliberately engineered trend toward the forced ?harmonization? of national economies and monetary policies, as well as the ultimate end goal of globalists: a single world currency system controlled by the International Monetary Fund and, by extension, global governance, which internationalists sometimes refer to in their more honest public moments as the ?new world order.?

The schematic for the new world order, according to the admissions of the internationalists, cannot possibly include the continued existence of U.S. geopolitical and economic dominance. The plan, in fact, requires the destabilization and reformation of America into a shell of its former glory. The most important element of this plan demands the removal of the U.S. dollar as the de facto world reserve currency, a change that would devastate our current financial structure. 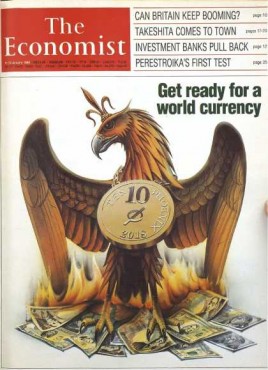 I outlined with undeniable evidence the reality that major governments, including the BRICS governments of the East, are fully on board with the globalist agenda. There is no way around it; the BRICS, including Russia and China, have openly called for a global monetary system centralized and dictated by the IMF using the SDR basket. This same plan was outlined decades ago in the Rothschild-owned magazine The Economist. We are witnessing that plan being implemented in front of our very eyes today.

For the past couple of years, the current head of the IMF, Christine Lagarde, has used the phrase ?global economic reset? often in her speeches and interviews. There is some (deliberate) ambiguity to this notion, but after sitting through hours upon hours of her most boring and repetitive discussions in globalist think tanks such as the Council On Foreign Relations, the consistent message is pretty straightforward. If anyone can stand to listen to this woman’s carefully crafted prattle and well-vetted half-truths for more than five minutes, I suggest they watch this particular speech given in January at the CFR:

Her message on the global economic reset is essentially this: ?Collective? cooperation will not just be encouraged in the new order, it will be required ? meaning, the collective cooperation of all nations toward the same geopolitical and economic framework. If this is not accomplished, great fiscal pain will be felt and ?spillover? will result. Translation: Due to the forced interdependency of globalism, crisis in one country could cause a domino effect of crisis in other countries; therefore, all countries and their economic behavior must be managed by a central authority to prevent blundering governments or “rogue central banks” from upsetting the balance.

It?s interesting how the IMF?s answer to the failings of globalization is MORE globalization. In other words, Lagarde would argue that while we are in the midst of an international system, we are not centralized enough for such a system to succeed.

The IMF points out correctly that the economic situation around the world is not stable and could revert once again to the chaos of the initial 2008 crash. The Bank for International Settlements, the primary hub of central bank control, has also given numerous warnings this year on the potential for disaster, including in its latest quarterly report.

The warnings of the BIS in particular should not be taken lightly (some analysts are indeed taking them lightly). The BIS knows exactly when financial disasters will erupt because it wrote the central bank policies that created those same events. For example, in 2007, the BIS released a warning that perfectly predicted the elements of the derivatives and credit crisis in 2008.

The global reset is not a ?response? to the process of collapse we are trapped in today. No, the global reset as implemented by central banks and the BIS/IMF are the CAUSE of the collapse. The collapse is a tool, a flamethrower burning a great hole in the forest to make way for the foundations of the globalist Ziggurat to be built. As outlined in my last article, economic disaster serves the interests of elitists.

When you look at these actions by the Federal Reserve and the U.S. government in particular, questions arise. Is it ?stupidity? that is causing them to sabotage the golden goose? Is it hubris and greed? Their actions are clearly facilitating a program of incremental implosion, yet they continue to ignore the obvious. Why?

The people who ask these questions are operating on a false assumption; they have assumed that the international bankers and the puppet politicians they control have any interest in protecting the longevity of the U.S. The fact is they do not. They have no loyalty whatsoever to the U.S. system, nor do they see the U.S. as ?too big to fail.? This is utter nonsense to globalists. Rather, they see each nation and central bank as a piece in a game, much like chess. Some pieces have to be sacrificed in order to gain a better position on the board. This is all that the U.S., the Federal Reserve and even the dollar are to them: expendable pieces in a larger game.

The U.S. is now experiencing the next stage of the great reset. Two pillars were put in place on top of an already existing pillar by the central banks in order to maintain a semblance of stability after the 2008 crash.  This faux stability appears to have been necessary in order to allow time for the conditioning of the masses towards greater acceptance of globalist initiatives, to ensure the debt slavery of future generations through the taxation of government generated long term debts, and to allow for internationalists to safely position their own assets.  The three pillars are now being systematically removed by the same central bankers. Why? I believe that they are simply ready to carry on with the next stage of the controlled demolition of the American structure as we know it.

As I have stated in the past, the U.S. system as it stands does not necessarily deserve to survive, but then again, this does not mean that it should be sacrificed in order to breathe life into the monstrosity of global economic governance. Such a trade-off only serves the interests of a select group of elites, with the global reset ending in the mechanized multicultural suicide of sovereignty, leeching prosperity from the rest of us in the name of ?collective progress.? Globalists want us to believe there is no other option but their leadership, and they will create any measure of chaos in order to convince us of their necessity.