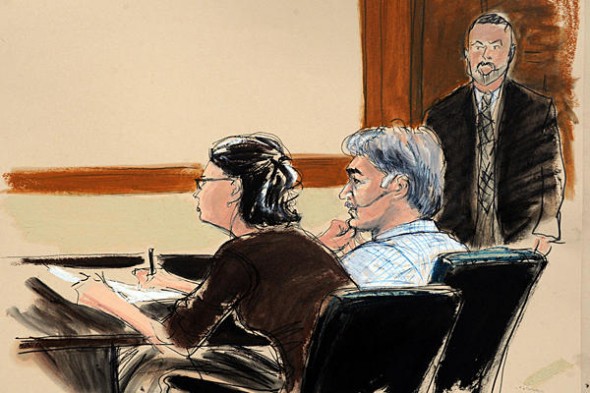 Many wars have started by staged or false flag events. The question begs to be asked in this recent situation with Iran: Is it for real or was it a staged event to provide an excuse for attacking Iran or at least make them look bad to set the stage for a future attack once Iran is demonized in the eyes of the world. We are not pro Iran, but are trying to look for the truth here, as if war begins with Iran, many soldiers will lose their lives & it could have major repercussions on the world economy. War is hell so it?s important that the truth be known in this situation. 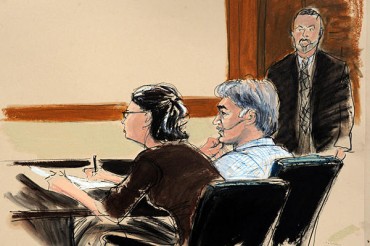 The day before Attorney General was subpoenaed about what he knew about the Department of Justice and Drug Enforcement Agency?s ?Fast and Furious? operation to get weapons to Mexico?s largest drug cartel, the U.S. government announced that the Iranians planned to kill a Saudi ambassador on U.S. soil.

And they said ? you guessed it ? that it was DOJ and DEA who broke up the plot.

But no one is buying it ? not even the pro-war mainstream media.

The New York Times notes in a post entitled ?U.S. Challenged to Explain Accusations of Iran Plot in the Face of Skepticism?:

The Obama administration on Wednesday sought to reconcile what it said was solid evidence of an Iranian plot to murder Saudi Arabia?s ambassador to the United States with a wave of puzzlement and skepticism from some foreign leaders and outside experts.

Senior American officials themselves were struggling to explain why the Quds Force, an elite international operations unit within Iran?s Islamic Revolutionary Guards Corps, would orchestrate such a risky attack in so amateurish a manner.

Mr. Zarate and senior American officials said the assassination plan did not have the hallmarks of a Quds operation. ?It was very extreme and very odd, but it was also very sloppy,? Mr. Zarate said. ?If you look at what they have done historically, they can put operatives on their targets and execute. They usually don?t outsource, but keep things inside a trusted network.?

One problem for President Obama and his administration is that since American intelligence claims about Iraq?s illicit weapons proved false in 2003, assertions by the United States about its adversaries have routinely faced skepticism from other countries.

?Of course, that is in people?s heads. Everyone is extremely skeptical about U.S. intelligence revelations,? said Volker Perthes, an Iran expert who is the director of the German Institute for International and Security Affairs in Berlin.

CNN notes the growing skepticism about the allegations.

The Christian Science Monitor notes in an article entitled ?Used-car salesman as Iran proxy? Why assassination plot doesn?t add up for experts?:

Specialists who have followed the Islamic Republic for years say that many details in the alleged plot just don?t add up.

?It?s a very strange case, it doesn?t really fit Iran?s mode of operation,? says Alireza Nader, an Iran analyst at the [ultra-hawkish] Rand Corp. in Arlington, Va., and coauthor of studies about the Revolutionary Guard.

?This [plot] doesn?t seem to serve Iran?s interests in any conceivable way,? says Nader. ?Assassinating the Saudi ambassador would increase international pressure against Iran, could be considered an act of war ? by Saudi Arabia, it could really destabilize the government in Iran; and this is a political system that is interested in its own survival.?

Iran has been trying to evade sanctions, strengthen relations with non-Western partners, while continuing with its nuclear program, notes Nader.

He says it is ?difficult? to believe that either Qassim Soleimani ? the canny commander of the Qods Force ? or Iran?s deliberative supreme religious leader, Ayatollah Seyyed Ali Khamenei, would order such an attack that ?would put all of Iran?s objectives and strategies at risk.?

That view has been echoed by many Iran watchers, who are raising doubts about the assassination plot allegations.

?This plot, if true, departs from all known Iranian policies and procedures,? writes Gary Sick, an Iran expert at Columbia University and principal White House aide during the 1979 Iranian revolution and hostage crisis.

While Iran may have many reasons to be angry at the US and Saudi Arabia, Mr. Sick notes in a posting on the Gulf2000/Columbia experts list that he moderates, ?it is difficult to believe that they would rely on a non-Islamic criminal gang to carry out this most sensitive of all possible missions.?

Relying on ?at least one amateur and a Mexican criminal drug gang that is known to be riddled with both Mexican and US intelligence agents? appears to be sloppy, adds Sick. ?Whatever else may be Iran?s failings, they are not noted for utter disregard of the most basic intelligence tradecraft.?

The odd set of details means that the usual cost-benefit calculation that experts often attribute to Tehran?s decisionmaking does not apply here, says Muhammad Sahimi, in an analysis for the Tehran Bureau website.

At a time when pressure is building on Iran over ?gross human rights violations,? sanctions are showing signs of working, Iran is ?deeply worried about the fate of its strategic partner in Syria ? tensions with Turkey are increasing ? and a fierce power struggle is under way within Iran,? says Mr. Sahimi, ?it is essentially impossible to believe that the IRI [Islamic Republic of Iran] would act in such a way as to open a major new front against itself.?

Retired U.S. Army Lieutenant Colonel Anthony Shaffer says that an FBI insider told him the dubious terror plot to assassinate a Saudi ambassador which has been blamed on Iran was likely manufactured by the Obama administration, because no information about the plot even exists within FBI channels:

Of course, the decision to go to war against Iran (like most of our current policy) was made before 9/11 (and see this).

The Brookings Institution wrote in 2009:

It would be far more preferable if the United States could cite an Iranian provocation as justification for the airstrikes before launching them. Clearly, the more outrageous, the more deadly, and the more unprovoked the Iranian action, the better off the United States would be.

Indeed, the U.S. has used fake intelligence to attempt to frame Iran.

And it is well-documented that the U.S. has repeatedly used terrorism against Iran: