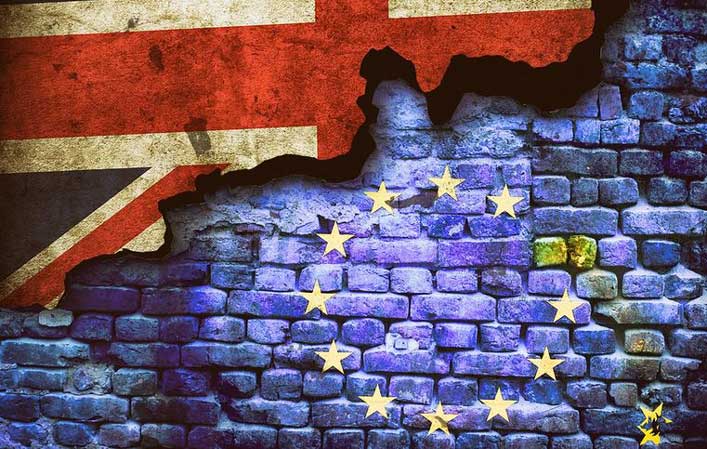 Tuesday?s resolution marks the first time in the history of the EU that the collective of MEPs has decided to create its own military force, defense budget, and proposed training site. In short, the EU is creating its own fighting force which pledges to work in unison across international borders.

According to the press release, the EU listed a number of reasons for creating an EU military. ?Terrorism, hybrid threats and cyber- and energy insecurity leave EU countries no choice but to step up their security and defense [sic] cooperation efforts, thus paving the way to a European Defense [sic] Union,? it reads. The type of terrorism alluded to in the statement must surely be Islam-inspired jihad attacks, which have been wreaking havoc in many parts of the EU, including France, Germany, Turkey, Belgium.

The resolution, which passed Tuesday, suggests MEPs devote 2% of each country?s GDP for the ?establishing (of) multinational forces and (an) EU headquarters to plan and command crisis management operations, and enabling the EU to act where NATO is unwilling to do so.? The significance of the statement cannot be overlooked. Each of the EU countries already has a military, police forces, and intelligence services, but they?ve just announced they?re joining forces to create one, potentially, more powerful defense (and offense) force, all under the direction of one central command.

The resolution may also serve as a knee-jerk response to statements President-Elect Donald Trump made during the presidential campaign which suggested he was in favor of pulling out of NATO. Of the 28 member states in the North Atlantic Treaty Organization (NATO), created in 1949, only 3 countries, the U.S., Britain, and Greece, actually spend the pledged 2% of their GDP on defense. Trump told the Washington Post in March, it?s time to change that arrangement. ?We certainly can?t afford to do this anymore,? ?NATO is costing us a fortune, and yes, we?re protecting Europe with NATO, but we?re spending a lot of money,? he said. As a result, the EU may be taking the billionaire businessman, now future president of the U.S., at his word, and taking their security measures a bit more seriously than they were pre-Trump.

Going further, the statement reads, ?MEPs call on member states to pursue joint purchases of defense [sic] resources, and to pool or share non-lethal material such as transport vehicles or aircraft.? While it may start with ?non-lethal? implementations, if the EU?s new joint military force progresses, it could mean that the EU will, in essence, become the world?s next superpower, equipped with the very same nuclear weapons many of its members now possess. France, Germany, Italy, Turkey, Belgium and the Netherlands already possess such weapons. Could this new EU central command also wield the power to launch such weapons if attacked? Such questions are still unanswered.

The resolution also calls for ?An EU headquarters? to ?be set up to plan and command crisis management operations.? Modeling their new defense union after NATO, the resolution says, ?EU member states should aim to spend 2% of GDP on defense [sic] and should establish multinational forces within the Permanent Structured Cooperation and make these forces available to the common security and defense [sic] policy.?

Alluding once again to the possibility the United States, under Trump?s leadership, may pull out of NATO, the resolution calls on closer cooperation with NATO but insists, ?the EU should also be prepared to act autonomously in cases where NATO is not willing to take the lead.?

Strictly interpreting the resolution?s press release may lead some to believe the Union is in the birth pangs of creating its own unified military force. This may or may not be the case. While each MEP is still sovereign and a part of the overall EU, the resolution to militarize the EU could lead to diminishing sovereignty, much like members of the UK felt just before passing Brexit. It must also be noted, the measure was not agreed upon by all MEPs. Of those MEPs who voted, 369 voted for the resolution, 255 against it, and 70 abstained from voting, which may lead some to conclude the EU is not as united as it must be in order to create its own military. The move may lead other member states to follow Britain?s lead and begin to pull out of the EU.

It must also be noted, the measure was not agreed upon by all MEPs. Of those MEPs who voted, 369 voted for the resolution, 255 against it, and 70 abstained from voting, which may lead some to conclude the EU is not as united as it must be in order to create its own military. The move may lead other member states to follow Britain?s lead and begin to pull out.

According to reports, the U.K. may not yet be off the hook for funding the EU?s new military. As RT reported, ?If the UK proves incapable of untangling itself from the plan it could be required to shell out up to ?420 million per year.?

Also worth noting is the fact the EU?s new army calls for a defense minister and for EU army troops to train in Iraq. The press release reads the EU army will be, ?launching a training operation in Iraq to support member states involved in the coalition against Daesh.? Who would that person be, how much power would he or she possess, and why would the EU Army be deployed first to Iraq. These questions and more have many scratching their heads.

EU Just Voted To Create Its Own Army, Britain May Be Forced To Pay For It ? In Spite Of Brexit
http://endtimeinfo.com/2016/11/eu-just-voted-to-create-its-own-army-britain-may-be-forced-to-pay-for-it-in-spite-of-brexit/
EUEuropean Unionglobal armyIraq
Previous Article‘Ecosexuality’ is on the rise, and it is exactly what it sounds likeNext ArticleMuslims In Aleppo Meet Christians For The First Time – And Are Shocked By What They Discover