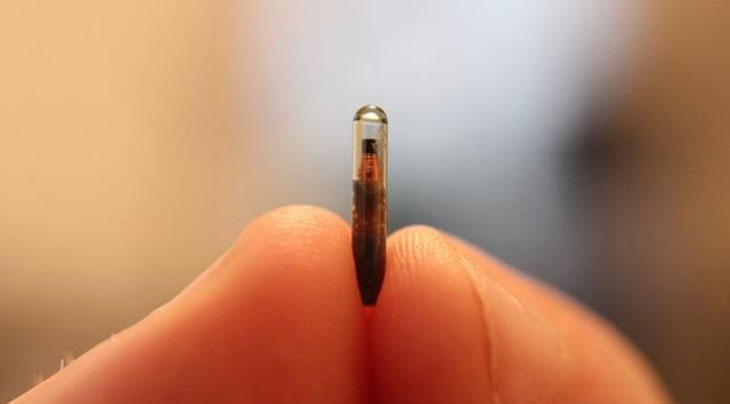 The introduction of the EMV system here in America seems to have pressed the fast forward button on the coming Mark of The Beast. Unfortunately, there are a lot of false teachers out there spreading the false belief that it will be OK to accept the implants because the ?mark? isn?t physical, but a spiritual and mental ?mark?. Before I dig into the meat of this article, I want to address this false teaching that is going around.

How Do We Know The Mark Is Physical?

The idea that the mark is not physical has no basis in solid Biblical understanding. All we need to do is consult the Strong?s Concordance to find the answer to our question.

?And he causeth all, both small and great, rich and poor, free and bond, to receive a mark in their right hand, or in their foreheads: And that no man might buy or sell, save he that had the mark, or the name of the beast, or the number of his name.? ? Revelation 13:16-17

As we can see, it is indeed a physical, identifying mark.

Why Do Banks Need A Loss Proof Solution?

Check fraud, credit card fraud, and identity theft costs banks and consumers billions of dollars on a yearly basis, but a company called Applied Digital Solutions has spent the last 12 years developing an implantable chip that will solve all of those problems with a simple injection.

Selling The Mark To The Public

From a financial standpoint, the switch from card to chip makes perfect sense for banks and consumers, but how will they sell it to the general public? It is already being positioned as the ultimate solution for the following:

Implantable Chips Are Already Being Used

It may or may not come as as surprise to you, but some private companies arealready testing chip implants on their employees. Those employees that have the implants can freely walk through security doors and use various machines at work without providing ID or passwords.

There are also chips being tested that allow a person to walk up to their car, get in and start the engine without keys or a remote of any kind. The same technology can be applied to houses, safes, and gun locks, just to name a few. Implantable chips will definitely be the next big leap forward in technology, and not just from a security standpoint.