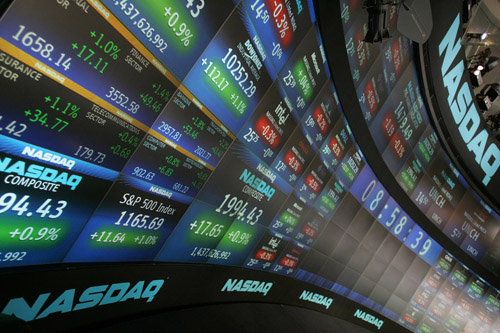 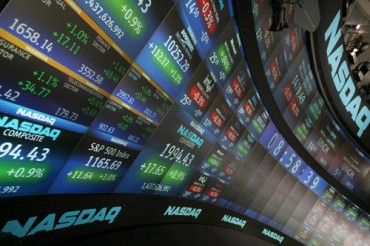 Can anyone explain the very strange behavior that we are seeing in world financial markets right now?  Corporate insiders are bailing out of the U.S. stock market at a very alarming rate.  Investors are moving mountains of money into gold and other commodities.  In fact, there is such a rush towards gold that shortages are starting to be reported in some areas.  Meanwhile, some very, very unusual option activity has started to show up.  In particular, someone is making some incredibly large bets that the S&P 500 is going to absolutely tank during the month of October.  Central banks around the world have caught a case of “loose money fever” and are apparently hoping that a new flood of paper money will shock the global economy back to life.  Meanwhile, the furor over the foreclosure procedure abuses of the major U.S mortgage companies threatens to bring even more turmoil to the U.S. housing industry.

There are some very ominous signs that something is just not right in world financial markets right now.  Some of the signs listed below may be related.  Others may not be.  That is for you to decide.

Often, just before something really bad happens, you can actually see the rats leaving a sinking ship if you know where to look.  The truth is that if things are going to go south it is the insiders who know before anyone else.

So are some of the signs below actually clues for what we should expect in the months ahead?

You make your own call.

But it is becoming hard to deny that there are some serious danger signs out there at this point….

#2 Many of the world’s wealthiest people are buying absolutely massive quantities of gold right now.

#3 It is being reported that J.P. Morgan is gobbling up the rights to as much physical gold as it possibly can.

#4 The United States Mint has announced that it has run out of 1-ounce, 24-karat American Buffalo gold bullion coins and that it will not be selling any more of them in 2010.

#5 It is becoming increasingly difficult to explain the unusually high option volume that we are witnessing right now.

#6 Some very large investors are making massive bets that the S&P 500 is going to take a serious tumble during the month of October.

#7 On Tuesday, the Bank of Japan shocked world financial markets by cutting interest rates even closer to zero and by setting up a 5 trillion yen quantitative easing fund.

#9 Nobel Prize-winning economist Joseph Stiglitz told reporters on Tuesday that the loose monetary policies of the Federal Reserve and the European Central Bank are throwing the world into “chaos”.

#10 At the end of September, federal regulators announced a $30 billion bailout of the U.S. wholesale credit union system.

#11 Bank of America, JPMorgan Chase and GMAC Mortgage have all suspended foreclosures in many U.S. states due to serious concerns about foreclosure procedures.  Now, Texas Attorney General Greg Abbott is actually demanding that all mortgage servicing companies in the state of Texas immediately suspend all foreclosures, the selling of foreclosed properties and the eviction of people living in foreclosed properties until they have completed a review of their foreclosure procedures.

#12 Not only that, but Nancy Pelosi and 30 other members of Congress are requesting a federal investigation of the foreclosure practices of U.S. mortgage lenders.  Needless to say, this controversy has the potential to turn the entire U.S. mortgage industry into an absolute quagmire.

So are dark days ahead for world financial markets?

Well, yeah, but it is incredibly hard to predict exactly when things are going to fall apart.

The truth is that there are going to be a whole lot more “crashes” and “collapses” in the years ahead.

The important thing, as discussed yesterday, is to keep your eye on the long-term trends.

The U.S. economy is undeniably in decline.  The only thing keeping the economy going at this point is a rapidly growing sea of red ink.  Debt is literally everywhere.  It is what our entire financial system is based on in 2010.

In the months and years to come, the major players are going to try very hard to keep all the balls in the air and to continue the massive shell game that is going on, but in the end the whole thing is going to collapse like a house of cards.

Unfortunately, we have been destroying the U.S. economy for decades and there is simply not going to be a happy ending to this story.