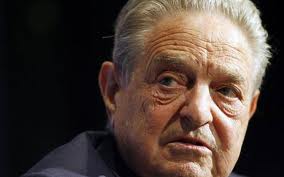 George Soros has warned that a global ?currency war? pitting China versus the rest of the world could lead to the collapse of the world economy.

Mr Soros, the hedge fund manager best known as the man who broke the Bank of England? after he made a billion betting against the value of Sterling on Black Wednesday in 1992, said the China had created a ?lopsided currency? system.

He criticised China for deliberately keeping the yuan – its currency – low in order to keep exports cheap, which is hurting US competitors.

Mr Soros told BBC Radio 4?s Today programme that China had a ?huge advantage? over international competitors because it can control the value of its currency.

He said China could also influence the value of other world currencies because they have a ?chronic trade surplus?, which means the Chinese have a lot of foreign currencies. ?They control not only their own currency but actually the entire global currency system,? he said.

Writing in the Financial Times, Mr Soros added: ?Whether it realizes it or not, China has emerged as a leader of the world. If it fails to live up to the responsibilities of leadership, the global currency system is liable to break down and take the global economy with it.?

?We?ve already started to have exchange rates reform for quite long time…[but] it is gradual… it is good for a large economy otherwise it may be dangerous,? he told the BBC on the sidelines of this weekend?s International Monetary Fund meeting in Washington.