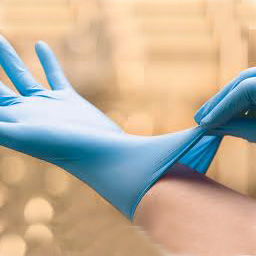 By Teri Schultz via GlobalPost

But Europeans don?t need a rallying cry to resist what the U.S. Transportation Security Administration (TSA) calls ?enhanced pat-downs? and aggrieved travelers are calling ?government-approved groping??it?s not happening in Europe.

Despite escalating warnings about terror attacks in or originating in Europe?Belgium arrested almost two dozen suspected terrorists this week, for example?none of the 27 EU governments have instructed airport officials to employ extra-rigorous pat-downs on travelers who set off alarms on the normal metal detectors or opt out of full-body scans in the few airports where they?re used. When European air travelers do have to endure a pat-down, apparently they don?t complain about it.

?A pat-down in Europe is quite discreet,? said Emmanuel Vincart of Belgium?s Commission for the Protection of Privacy. ?[Screeners] would never touch your genitals!? The European Consumer Center also said it has ?never? received a complaint about pat-downs.

But opinions on what makes counterterrorism policy effective differ from country to country, and even more so from Washington to Brussels, as air travelers? divergent experiences illustrate. Asked why security measures would differ so much between the United States and Europe, which share intelligence including direct threat information, e Belgian counterterrorism official Thomas Baekelandt shrugged. ?It?s all a matter of how much risk a government wants to take,? he explained.

?The people defining policy?what kind of pat-downs you?ll have?are experts,? he said. But, he added, ?they are politically checked and the political checks and balances are different in Europe than in the U.S.?

Todd Curtis, an American aviation safety analyst and founder of the travel-information site AirSafe (www.airsafe.com), said he?s taken a good long look at how Europe and the U.S. have responded to their threat levels. Curtis said he finds the Europeans? more discreet approach to terror surveillance ?more compatible with a risk-management approach that accepts that these kinds of threats can be reduced and controlled, but not eliminated.? The importance of that practical posture, he said, is that ?if someone does take out an airplane or kill people in some kind of attack, it would not be a political disaster.?

Curtis said the American goal ?to stop 100 percent of the attacks 100 percent of the time? has given birth to the much-maligned enhanced pat-down, because such an unforgiving aim justifies?to security planners?whatever extreme measures will achieve it.