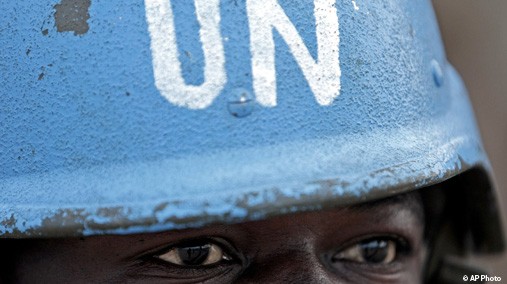 Arab League Secretary General Amr Moussa served on the committee that invented the military doctrine used by President Obama as the main justification for U.S. and international airstrikes against Libya, WND has learned.

The discovery is particularly pertinent because on Sunday Moussa announced during a special meeting in Cairo that the Arab League plans to press the U.N. to impose a no-fly zone over the Hamas-controlled Gaza Strip similar to the one imposed now on Libya.

Moussa said he plans to present the proposal to the U.N. Security Council.

The call comes as Hamas has fired over 140 rockets into Jewish civilian population zones, prompting Israel to carry out anti-terror operations in Gaza aimed at diminishing Hamas? rocketing capabilities.

As WND was first to report, billionaire philanthropist George Soros is a primary funder and key proponent of the Global Centre for Responsibility to Protect, the world’s leading organization pushing the military doctrine. Several of the doctrine’s main founders sit on multiple boards with Soros.

The doctrine and its founders, have been deeply tied to Obama aide Samantha Power, who reportedly heavily influenced Obama in consultations leading to the decision to bomb Libya. Power is the National Security Council special adviser to Obama on human rights.

Now it has emerged that Moussa served on the advisory board of the 2001 commission that originally founded Responsibility to Protect.

That commission is called the International Commission on Intervention and State Sovereignty. It invented the term “Responsibility to Protect,” while defining its guidelines.

On the 2001 commission board with Moussa was Palestinian legislator Hanan Ashrawi, a staunch denier of the Holocaust who long served as the deputy of late PLO leader Yasser Arafat.

Also on the commission board was the Carr Center for Human Rights Policy, which was founded by White House aide Samantha Power.

Power was Carr’s founding executive director and headed the institute at the time it advised in the founding of Responsibility to Protect. She is the National Security Council special adviser to Obama on human rights.

She reportedly heavily influenced Obama in consultations leading to the decision to bomb Libya.

With Power, Moussa and Ashrawi on its advisory board, the International Commission on Intervention and State Sovereignty first defined the Responsibility to Protect doctrine.

In his address to the nation two weeks ago, Obama cited the military doctrine as the main justification for U.S. and international airstrikes against Libya. Indeed, the Libya bombings have been widely regarded as a test of Responsibility to Protect.

Responsibility to Protect, or Responsibility to Act as cited by Obama, is a set of principles, now backed by the United Nations, based on the idea that sovereignty is not a privilege but a responsibility that can be revoked if a country is accused of “war crimes,” “genocide,” “crimes against humanity” or “ethnic cleansing.” 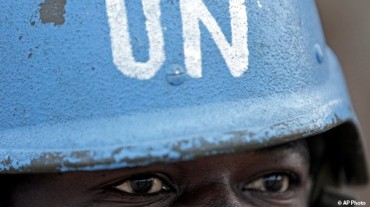 Board members of the group include former U.N. Secretary-General Kofi Annan, former Ireland President Mary Robinson and South African activist Desmond Tutu. Robinson and Tutu have recently made solidarity visits to the Hamas-controlled Gaza Strip as members of a group called The Elders, which includes former President Jimmy Carter.

Annan once famously stated, “State sovereignty, in its most basic sense, is being redefined ? not least by the forces of globalization and international co-operation. States are … instruments at the service of their peoples and not vice versa.”

Aside from his direct citation of the “responsibility” doctrine in his address explaining why the U.S. is acting against Libya, Obama alluded to the doctrine four more times in his speech.

The following are relevant excerpts from his address:

In this effort, the United States has not acted alone. Instead, we have been joined by a strong and growing coalition. This includes our closest allies ? nations like the United Kingdom, France, Canada, Denmark, Norway, Italy, Spain, Greece, and Turkey ? all of whom have fought by our side for decades. And it includes Arab partners like Qatar and the United Arab Emirates, who have chosen to meet their responsibility to defend the Libyan people.

To brush aside America’s responsibility as a leader and ? more profoundly ? our responsibilities to our fellow human beings under such circumstances would have been a betrayal of who we are.

The task that I assigned our forces ? to protect the Libyan people from immediate danger, and to establish a No Fly Zone ? carries with it a U.N. mandate and international support. So would the costs, and our share of the responsibility for what comes next.

Soros himself outlined the fundamentals of Responsibility to Protect in a 2004 Foreign Policy magazine article entitled “The People’s Sovereignty: How a New Twist on an Old Idea Can Protect the World’s Most Vulnerable Populations.”

In the article, Soros said “true sovereignty belongs to the people, who in turn delegate it to their governments.”

“If governments abuse the authority entrusted to them and citizens have no opportunity to correct such abuses, outside interference is justified,” Soros wrote. “By specifying that sovereignty is based on the people, the international community can penetrate nation-states’ borders to protect the rights of citizens.

“In particular, the principle of the people’s sovereignty can help solve two modern challenges: the obstacles to delivering aid effectively to sovereign states, and the obstacles to global collective action dealing with states experiencing internal conflict.”

“Responsibility” founders Evans and Thakur served as co-chair, with Gregorian on the advisory board of the International Commission on Intervention and State Sovereignty, which invented the term “responsibility to protect.”

In his capacity as co-chair, Evans also played a pivotal role in initiating the fundamental shift from sovereignty as a right to “sovereignty as responsibility.”

Evans presented Responsibility to Protect at the July 23, 2009, United Nations General Assembly, which was convened to consider the principle. Evans sits on multiple boards with Soros, including the Clinton Global Initiative. Soros’ own Open Society Institute has funded opposition groups across the Middle East and North Africa, including organizations involved in the current chaos.

Doctrine founder Thakur recently advocated for a “global rebalancing” and “international redistribution” to create a “New World Order.” In a piece last March in the Ottawa Citizen newspaper, “Toward a new world order,” Thakur wrote, “Westerners must change lifestyles and support international redistribution.” He was referring there to a United Nations-brokered international climate treaty in which he argued, “Developing countries must reorient growth in cleaner and greener directions.”

In the opinion piece, Thakur then discussed recent military engagements and how the financial crisis has impacted the U.S. “The West’s bullying approach to developing nations won’t work anymore ? global power is shifting to Asia,” he wrote.

“A much-needed global moral rebalancing is in train,” he added.

Thakur continued: “Westerners have lost their previous capacity to set standards and rules of behavior for the world. Unless they recognize this reality, there is little prospect of making significant progress in deadlocked international negotiations.”

Thakur contended “the demonstration of the limits to U.S. and NATO power in Iraq and Afghanistan has left many less fearful of ‘superior’ western power.”

"Responsibility to Protect" Sets Tone For One World Order
http://endtimeinfo.com/2011/04/responsibility-to-protect-sets-tone-for-one-world-order/
police stateresponsibility to protectUNwarsworld government
Previous ArticleReal Experts Speak! Japanese Radiation Risk In US, 400,000 To Develop Cancer In JapanNext ArticlePodcast on the Rapture