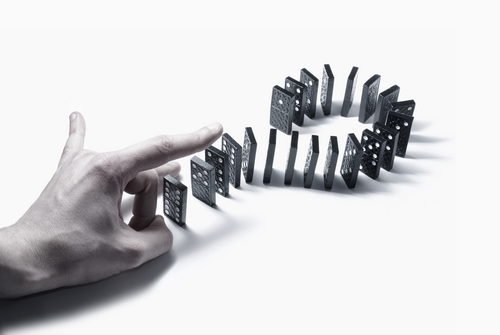 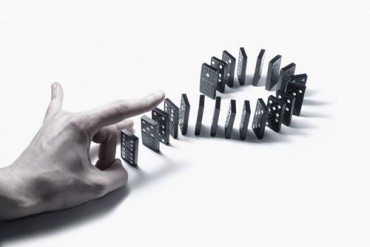 America is insolvent and has been so for a long time, and these games of massive deficits, stimulus and quantitative easing only delay the inevitable deflationary depression and economic and financial collapse, which has been deliberately created by Wall Street and banking to force us to accept World Government.

The actions of Senator Mitch McConnell were absolutely reprehensible and a disgrace. An effort to continue spending to keep his benefactors behind the scenes happy. His proposal was to allow the President to increase the debt three times before the end of 2012, which would be accompanied by Mr. McConnell?s spending cuts. This would avoid a vote and allow the President to act as dictator. Another scam and no mandated cuts. What this boils down to is political theater and the elections not that far away. They?ll be no cuts if any agenda passes, only cuts of future increases.

The national debt will not be touched and the wild spending will continue including $4 trillion to continue more wars. That means $1.5 trillion annual deficits forever. The climbing debt is 80% consumed by the Federal Reserve, which creates money out of thin air. Are we to believe that the Fed will create $2.5 trillion a year for the next three years and perhaps longer? The answer is yes, and the result will be hyperinflation, which will ruin the value of the US dollar. It is obvious the elites are not really looking for a solution; they simply want to destroy the value of the dollar to extinguish economic and financial stability, thereby forcing Americans, Brits and Europeans to accept World Government.

Europeans are finally realizing they cannot bail out six countries for more than $4 trillion without pushing themselves into insolvency. We pointed this number and possibilities out 1-1/2 years ago. There will be a Greek default followed by five other defaults, which will lead up to the end of the euro and perhaps the end of the European Union, that unnatural association. Such defaults over the next few years would wipe out most European banks and that will spread across the world. The catalyst for world financial catastrophe. The money being additionally loaned by EU sovereigns reaches Greece and does a U-turn and returns to European bankers to service debt. In the meantime via austerity Greece descends into a great dark pit. IMF funds take the same route of which almost 20% comes from US taxpayers. In addition the European bank exposure in Greece in part is covered, or insured, by American banks for $160 billion. The reason the banks do not want a default is that the US banks will have to pay off and they do not have the funds to do so. That event could trigger a world banking collapse, or another bailout via US taxpayers and the Fed. There is now no question that the euro will pass into history as another utopian nightmare. For those who were paying attention Greece and Italy should have been bailed out in 2001, not be admitted to the euro zone.

Contagion is doing its work and it is only a matter of time before the dominoes fall. Italy?s public debt to GDP is world class at about 120% and as interest rates climb servicing gets more expensive. Italy and Spain are the real linchpins. If they default everything in those six nations collapses. As we said previously the financial contagion will not only take down the euro and euro zone, but probably the EU as well.

As a result of onerous debt Greek bonds have lost 50% to 75% of their value and the bonds of the other five insolvent countries are in fact in negative pursuit. In just the first quarter Greek spending has fallen 40% just as salaries have. As a result tax revenues have plunged, as we predicted they would some time ago. This is no way to help an economy.

Greece has $480 billion in debt outstanding and about $160 billion is insured by credit default swaps sold by NYC legacy or money center banks. The same thing is true regarding Ireland. Needless to say, the CDS exposure is a guess because there is no reporting or regulation on OTC derivatives. These banks and others as a result just make arrangements that please them. This is why these instruments of financial destruction should be totally banned.