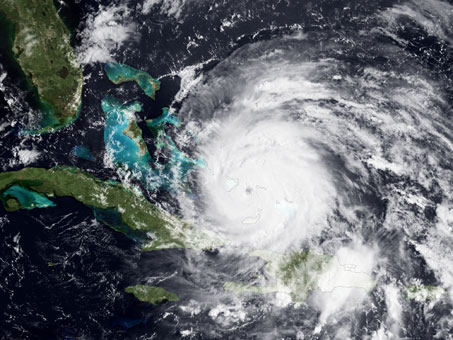 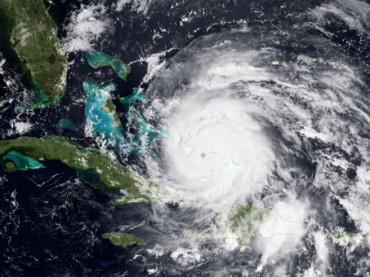 Whenever a major disaster or emergency strikes, millions of lives can be turned upside down in an instant.  Fortunately Hurricane Irene was not as catastrophic as originally projected, but millions of people did lose power and at least 35 people lost their lives.  Large numbers of homes were destroyed and the economic damage from Hurricane Irene is going to be in the billions of dollars.  Now that Hurricane Irene has passed, this is a good opportunity for all of us to look back and learn some important lessons about how to prepare for disasters and emergencies.  The reality is that a major disaster or emergency has happened somewhere in the United States almost every single month so far this year, and it is only a matter of time before you and your family will be faced with another disaster or emergency.

No plan is perfect, but if you have a plan you are going to be far better off than if you do not have a plan.  September is “National Preparedness Month“, so now is a great time to focus on preparing your family for the future disasters and emergencies that are inevitably coming.

The following are 12 things that we can learn from Hurricane Irene about how to prepare for disasters and emergencies….

#1 Disasters And Emergencies Are Inherently Unpredictable

When a disaster or an emergency strikes, you never know what is going to happen.  Even a storm such as Hurricane Irene that was tracked for weeks can end up being highly unpredictable.

For example, while a tremendous amount of attention was paid to New York City, the reality is that some of the worst damage ended up being caused in Vermont.  Hurricane Irene actually caused the worst flooding that Vermont has seen since 1927.

The following is how the governor of Vermont described the devastation that was caused in his state by this storm….

What do we see happen every single time there is even a minor disaster or emergency?

Every single time, food and other emergency supplies disappear from store shelves in a matter of hours.

If you do not have at least a couple weeks of food stored up you are being totally foolish.

In fact, considering how unstable the world has become, it is amazing that only a small percentage of the population has enough food stored up to be able to last for at least six months.

If an economic apocalypse happens, a major war breaks out, an EMP attack takes place, a huge comet strikes the planet or weapons of mass destruction are used in this country, you may not have access to mass quantities of very cheap food any longer.

Get prepared while you still can.

When disaster strikes, you may only have a couple of minutes before you have to race out the door.

Your “go bag” should contain some food, some water, a flashlight, a battery-powered radio, some cash, copies of your most important documents and any medicine that you may need.

Have a plan and know where you are going to be heading in the event of an emergency.

If you don’t have a plan or if you don’t give yourself enough time, you could end up dead.  A number of people died during Hurricane Irene while they were in their cars.  The following is one example that was noted in a recent CNN article….

A 64-year-old woman was found dead Sunday by Whitemarsh, Pennsylvania, police after her family grew concerned when she did not show up for work. Her body was found a half-mile from where her car was abandoned in a deluged creek, police said.

#6 Have Enough Water Stored Up

What was one of the biggest problems in the aftermath of Hurricane Katrina?

It turned out that one of the most critical problems was a very serious shortage of bottled water.

Yes, even after Katrina dumped unprecedented amounts of water on New Orleans one of the biggest problems was still a lack of water.

If you do not have clean water to drink, you can die within just a few days.

So when planning for disasters and emergencies, please be sure to store up enough water.

#7 During A Natural Disaster, Major Transportation Routes May Be Shut Down

A lot of people were horrified to find roads closed or washed out during Hurricane Irene.  Just because you are used to traveling on certain roads it is not safe to assume that they will always be available during disasters and emergencies.

#8 Have Respect For The Sheer Power Of Natural Disasters

We live at a time when people like to make a joke out of anything, but major natural disasters are not to be trifled with.

One man in Croton, New York, died Sunday while boating along with four others down the Croton River, said Lt. Russell Haper, a spokesman for the Croton police. The boat overturned in the strong rapids. The 53-year-old man was found dead after a three-hour rescue effort. The other men were pulled safely from the water.

#9 Living Near Water Can Be Very Dangerous

If you live near the ocean or near a major river, you need to understand that the potential for danger is always there.

Even if you live a good bit in from the coast, the danger for substantial flooding is always there.  The following is how one CNN article described the situation in Philadelphia at the height of Hurricane Irene….

Outside Philadelphia, waters had already climbed to street-sign levels in Darby, Philadelphia Mayor Michael Nutter said, with the water sending “couches, furniture, all kinds of stuff floating down the street.”

#10 During A Major Disaster Bring In All Objects From Outside

During any disaster that involves high winds, anything that is left outside can quickly become a very dangerous projectile.  The last thing that you want is for the wind to pick up heavy objects and send them crashing into your home or the home of a neighbor.  If you know that a major storm is coming, please bring in everything that you can from outside.

#11 Have A Plan But Be Flexible

Your best chance of making it through a disaster or emergency is to have a plan.  But that doesn’t mean that you should always stick with that plan.  Disasters and emergencies are inherently unpredictable, so it will be very important to be as flexible as possible.

Right now is the time to prepare for the next disaster or emergency.  If you wait until an emergency happens, you will be out of luck.  You need to develop a disaster plan for yourself and your family if you do not have one already.

If you plan on storing up food, water, medicine and other emergency supplies, you need to do it ahead of time.  Victory belongs to the prepared, and if you think that you will never wind up in the middle of a major disaster you are just being foolish.

Hurricane Irene was a terrible storm, but fortunately it was not nearly as bad as it could have been.

Hopefully this storm will serve as a wake up call for many of us.

The next time that a disaster strikes, we may not be let off the hook so easily.

12 Things That We Can Learn From Hurricane Irene
http://endtimeinfo.com/2011/09/12-things-that-we-can-learn-from-hurricane-irene/
extreme weathernatural disasterstornados
Previous ArticleEven Goldman Sachs Secretly Believes That An Economic Collapse Is ComingNext ArticleAnger in Australia as school books ?write Christ out of history?