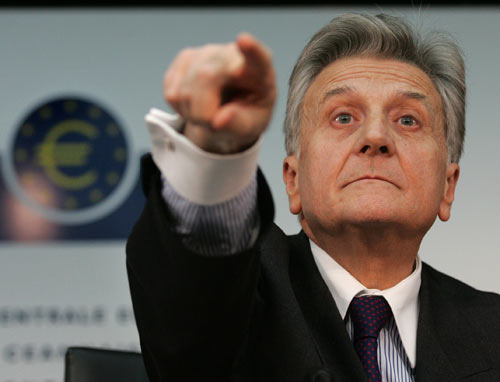 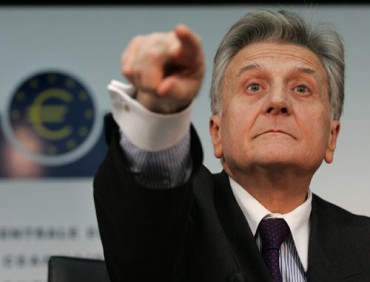 Jean-Claude Trichet, the Bilderberger president of the European Central Bank, is calling for a centralized government in Europe to lord over a unified economic governance zone. Trichet?s call follows a similar one by Antonio Borges, director of European division of the IMF, the globalist loan sharking operation.

As UPI notes, the idea is not likely to be popular with citizens of countries included in the 17-member eurozone.

?Politically, such a radical change would be a risky undertaking. Voters in prosperous countries are unlikely to approve of their tax dollars helping other countries, which have governments that make their own spending decisions,? writes the news agency. ?Generally, taxation at least implies representation, but taxpayers in Germany do not have any government official representing them in Athens.?

Trichet, the banksters and the global elite want to impose a system less ?ponderous? ? in short, less democratic ? than the current one where citizens have a say in how their tax money is spent.

?With the current process in Europe, the parliament of each eurozone member ? all 17 of them ? has to ratify the loan to Greece. That process can take months or even years,? UPI reports. ?If time is of the essence, such a ponderous system will fail, the report said. In the meantime, while each parliament debates the matter, uncertainty crowds out what confidence is left in stock markets, where losses have accelerated in recent weeks.?

The plan is to take down the economy of Europe and then propose a one-world government scheme as the cure. Trichet was instrumental in formulating the European bailout which is designed to incentivize the bankruptcy of Europe.

In 2010, Trichet sojourned to the Council on Foreign Relations in New York to make the case for global governance to be run in feudal fashion by the G20 and the criminal (and Nazi-linked) Bank of International Settlements.

The BIS board of directors includes other globalist honchos and bankster minions, including Federal Reserve chief Ben Bernanke and Bank of England head Mervyn King.

BIS is the king of globalist loan sharks. It is operated by the inner banking elite and controls most of the transferable fiat currency in the world. It uses that money to sock national governments into debt to the IMF. It was used by the Nazis to launder money during World War 2.