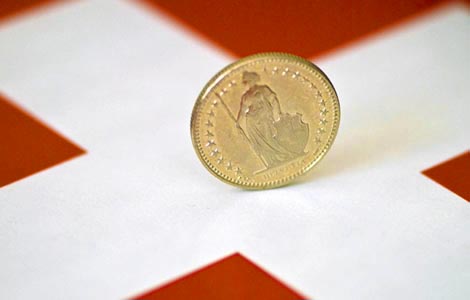 There are two ways to conquer and enslave a nation.  One is by the sword. The other is by debt.
– John Adams 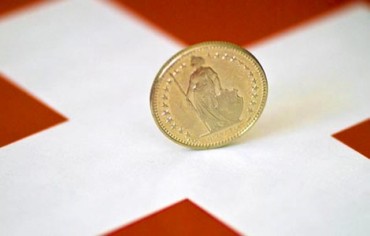 While the move by the SNB to basically link its currency to the dying Euro was shocking and will send shockwaves throughout the global financial systems for months to come, in many ways it was inevitable.

The central planners are still in control and they are getting increasingly desperate.  Part of their desperation manifests itself in acts to prevent markets from sending out signals to investors and the general population.  This is why Central Bankers print money and buy government bonds.  This is why the ECB is buying worthless PIIGS debt.  This is why the SNB decided to destroy its currency.  After all, if they agree to destroy the value of the Franc at the same pace as the Euro then it will become less clear to the currency market just how quickly purchasing power is being destroyed.

Of course, you can always tell in the commodities sector.  What the Swiss did is unfathomably bullish for commodities, in particular energy, food and precious metals.  Every rich person with a Swiss bank account in Swiss Francs will be scrambling to turn that into the one hard currency left:  GOLD.  That is what the Swiss said to us earlier this week.  They told every investor on the planet ?we don?t want to have a hard currency.?  If you want a hard currency you have once option now.  Gold.  When people really figure this out it is going to be a mad scramble for physical metal the likes of which no one alive has ever seen.