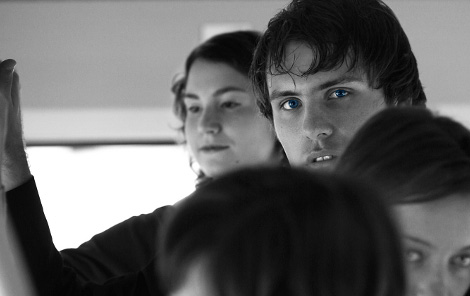 ?See Something, Say Something? Act protects snitches from prosecution 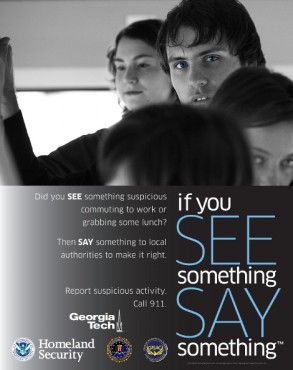 A new piece of legislation being backed by the National Association of Security Companies (NASCO) would encourage Americans to frivolously snitch on each other by providing legal protection for people who report ?suspicious behavior? to the authorities.

?The National Association of Security Companies (NASCO) today endorsed the See Something, Say Something Act (H.R. 963), by Congressman Lamar Smith (R?21st District Texas), Chairman of the House Judiciary Committee, calling it sensible policy that expands protections against lawsuits for individuals who provide good faith reports of suspicious terrorist-related activity to an authorized official. The legislation will further encourage citizens to take an active role in reporting suspicious activity without fear of legal retribution,? reports PR Newswire.

The bill seems designed to do little else than encourage Americans to frivolously report each other to the authorities for any reason. If someone was certain that they were witnessing suspicious behavior that was likely related to the commission of a terrorist attack, the knowledge that they would have legal protection for reporting the incident would be the last thing on their mind.

In addition, since the threat of being killed by terrorists is less common than being killed by accident-causing deer, intestinal illness or peanut allergies, the government?s aggressive promotion of the See Something, Say Something campaign has no basis in reality.

The campaign is designed to manufacture the myth that terrorists are everywhere and that any kind of mundane behavior could be characterized as suspicious. This is why the federal government constantly needs to reinforce the hoax through enlisting the general public as the eyes and ears of the Homeland Security surveillance state.

The law would provide immunity for anyone who reports ?any suspicious transaction, activity, or occurrence indicating that an individual may be engaging, or preparing to engage, in a violation of law relating to an act of terrorism,? which judging by DHS standards and those set down by federal agencies and law enforcement bodies over the last decade, could be classified as almost any behavior whatsoever, including political activism, owning gold, being a Ron Paul supporter, or displaying a political bumper sticker.

So-called ?suspicious behavior? as defined by the Department of Homeland Security includes talking to police officers, using cell phones and a myriad of other normal activities. Moreover, the DHS has gone to great lengths to portray white, middle class Americans as the primary terror threat.

By encouraging Americans to frivolously report anything as ?suspicious behavior,? the federal government is mimicking the policy of some of the darkest dictatorships in history.

One common misconception about Nazi Germany was that the police state was solely a creation of the authorities and that the citizens were merely victims. On the contrary, Gestapo files show that 80% of all Gestapo investigations were started in response to information provided by denunciations by ?ordinary? Germans.

?There were relatively few secret police, and most were just processing the information coming in. I had found a shocking fact. It wasn?t the secret police who were doing this wide-scale surveillance and hiding on every street corner. It was the ordinary German people who were informing on their neighbors,? wrote Robert Gellately of Florida State University.

Gellately discovered that the people who informed on their neighbors were motivated primarily by banal factors ? ?greed, jealousy, and petty differences,? and not by a genuine concern about crime or insecurity. This is precisely the kind of environment the ?See Something, Say Something? law, and the campaign itself, is designed to create.

Law Would Encourage Americans To Report On Each Other
http://endtimeinfo.com/2011/09/law-would-encourage-americans-to-report-on-each-other/
1984police statesurveillancethought police
Previous ArticleDo You Now Understand Why You Need To Prepare For Emergencies? This Has Been The Worst Year For Natural Disasters In U.S. HistoryNext Article‘Racists’ aged THREE: Toddlers among thousands of children accused of bigotry after name-calling