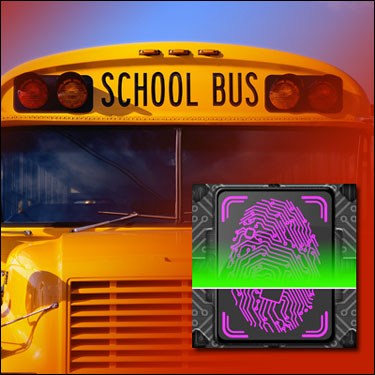 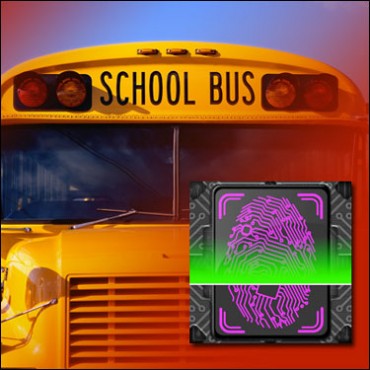 A county in Florida has installed fingerprint scanners in school buses. Described as ?one of the most monumental things that Washington County has ever done? by an education bureaucrat, the machines have been used since the beginning of the school year.

School officials decided moving the scanners to the buses was a more effective way to monitor students. They plan to have a scanner and laptop installed on every bus in the district.

?We got to talking about attendance in our district and how it was inconsistent,? School Superintendent Sandra Cook told WJHG, an NBC affiliate in Panama City, Florida.

The effort to digitally monitor the whereabouts of students in Florida follows a national trend. In 2010, the Los Angeles Unified School District told students they would have to submit to a compulsory biometric identification system in order to receive lunch. Other K-12 schools have used fingerprint and biometric systems during lunch and to improve reimbursement for federal programs such No Child Left Behind.

Police in Ohio used CompuLink laptop computers to record children?s fingerprints at the Stark County Fair and other events in 2007. The information was uploaded to the federal Amber Alert system.

In 2010, a school district in Philadelphia faced a class action lawsuit after it allegedly issued laptop computers to 1,800 students across two high schools and then used concealed cameras within the machines to spy on students and their parents without their knowledge or consent.

Many schools in the United States now resemble prisons. Students are often treated like criminals and terrorists.

A Virginia Attorney General announced late last year that school officials can search the cell phones and laptops of public school students. In Santa Fe, New Mexico, TSA agents were brought in to oversee the search of students attending a high school prom. The U.S. Department of Agriculture has installed surveillance cameras in cafeterias so officials can monitor students while they eat.

In Florida, students have been arrested for bringing plastic knives to school, throwing an eraser, throwing temper tantrums or drawing a picture of a gun. The eleven-year-old who allegedly brought a plastic butter knife to school was handcuffed, taken to jail, and charged with a third-degree felony. In 2006, a UCLA student was tasered by cops for refusing to show his school ID. A Cincinnati college student was killed by police earlier this year when he attempted to break-up a fight on campus.

?As surveillance cameras, metal detectors, police patrols, zero tolerance policies, lock downs, drug sniffing dogs and strip searches become the norm in elementary, middle and high schools across the nation, America is on a fast track to raising up an Orwellian generation ? one populated by compliant citizens accustomed to living in a police state and who march in lockstep to the dictates of the government,? writes John W. Whitehead. ?In other words, the schools are teaching our young people how to be obedient subjects in a totalitarian society.?