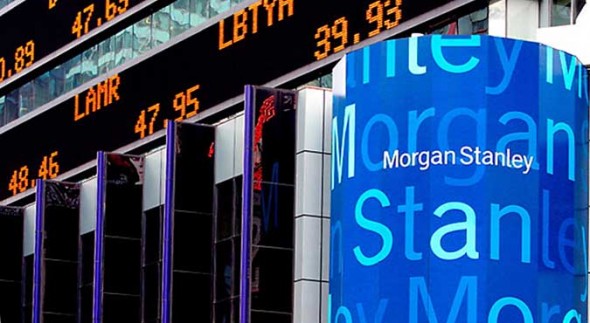 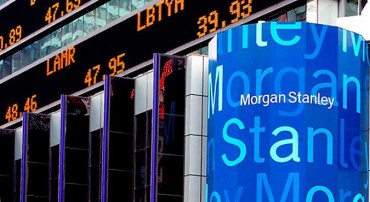 If European politicians are unable to contain their sovereign debt problems, Wall Street could be on the brink of another financial crisis, according to economists.

Although U.S. banks have limited their direct exposure to Greece, they have loaned hundreds of billions of dollars to European banks and governments that may not be able to pay them back, according to the Bank for International Settlements. If some European governments and banks are forced to default on at least part of their debt, American banks could lose a significant amount of money on that account alone.

The resulting panic from investors could compound the losses. Short-term borrowing costs would spike, bank stock prices would plummet and investors could demand their money from banks, several economists say. In a repeat of the liquidity crisis of 2008, some U.S. banks could run out of the money necessary to fund their day-to-day operations.

“We’ve seen this already,” said Jay Bryson, global economist at Wells Fargo Securities. “Some sort of financial crisis in Europe would be enough to finally push the United States economy back into a recession.”

Some predict that a European financial crisis would spread quickly to U.S. shores. The pain would not come directly from government defaults; U.S. banks have loaned just $36.2 billion to the five European governments that are in danger of defaulting: Greece, Ireland, Portugal, Spain and Italy. But U.S. banks have also loaned $60.6 billion to banks in those five countries, and $275.8 billion to banks in Germany and France, according to data from the Bank for International Settlements.

A string of sovereign debt defaults would endanger the survival of major European banks, including those in France and Germany, which hold a large amount of troubled sovereign debt on their books, some economists note. According to Bryson, French banks’ exposure to the five European countries that are in danger of defaulting amounts to 25 percent of France’s gross domestic product, and the exposure of German banks to those countries is worth 15 percent of Germany’s total output.

Sudden European government defaults could spur panicked investors to demand their deposits back from European banks, possibly forcing those banks to run out of money and declare bankruptcy. Several economists say that even if the European Central Bank steps in to save major European banks, some may partially default on U.S. bank loans to stay afloat — an outcome that would cause major losses for U.S. banks and put them at risk of a bank run, when investors demand their deposits back all at the same time.

First, the Greek government could cave in to protestors and stop agreeing to Europe’s demands for additional budget cuts. In that case, the eurozone would stop lending to Greece and Greece would run out of cash and be forced to declare bankruptcy. The shock of a sudden Greek default could cause investors to demand higher interest rates from other troubled European governments, which could subsequently default. European banks that have loaned to those countries could run out of money and be at risk of defaulting on loans from U.S. banks, which could face higher borrowing costs and bank runs of their own.

Second, a eurozone country could vote against giving Europe more authority to help prevent a financial crisis. European parliaments are now debating whether to expand the powers of the European Financial Stability Facility (EFSF), which is stocked with 440 billion euros that it can loan to troubled governments during a crisis. Europe tentatively has agreed to allow the EFSF to help recapitalize troubled banks, make precautionary loans and buy troubled government debt — but all 17 eurozone governments need to separately approve the plan.

If one eurozone country balks and Europe fails to expand the powers of the fund, then the stock market could plunge. It could become more expensive for European banks and governments to borrow, placing them more in danger of default.

Third, European leaders could continue to drag their feet on finding a larger solution, in which case borrowing costs for European governments and banks would stay high, prolonging the crisis. A government or financial institution would be likely to declare bankruptcy in only a matter of time.

It remains largely unknown which U.S. banks are particularly exposed to the risks in Europe, so investors have drawn their own conclusions. The insurance market reveals that investors believe Morgan Stanley is most at risk, followed by Bank of America, Goldman Sachs and Citigroup, respectively, according to market data provider CMA. Bank of America’s debt now is more than three times more expensive to insure than during the height of the financial crisis in October of 2008.

Morgan Stanley and Goldman Sachs are particularly vulnerable to the crisis in Europe because they rely largely on short-term borrowing from other banks and do not have a large deposit base, according to an economist who requested anonymity because he is not allowed to comment on specific banks. During a financial crisis, short-term borrowing costs could spike as banks cut back on short-term lending to protect themselves, putting banks such as Morgan Stanley and Goldman Sachs in danger of running out of money, the economist said.

According to Brookings Institution economist Gary Burtless, “They [banks] become vulnerable precisely because so many of their operations are backed by short-term money. If the short-term money has fled, who do they find to fund their financial operations?”

If the economy had no central bank or active government, the answer would likely be no one, and U.S. banks would be in danger of going bankrupt. But considering the fact that the Federal Reserve loaned $1.2 trillion to large banks in 2008 to keep them afloat, some economists say that it is likely the Fed would go to the same extraordinary lengths to help save the financial system.

Regulators still remember the repercussions of the failure of Lehman Brothers, and would devote all their efforts to ensuring that another large U.S. bank does not suddenly go bankrupt, said Gregory Daco, principal U.S. economist at IHS Global Insight.

Even if the Fed saves the banks, the European financial crisis could still lay low the American economy, said Bryson. Since it would be more expensive for U.S. banks to borrow, and they would feel less secure, they would lend less to consumers and businesses, which in itself would lead to a recession.

As Daco said, “It’s almost certain that if there is a disorderly default in Greece, there will be a recession in the United States.”