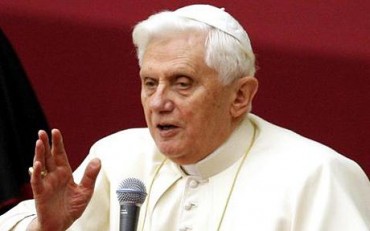 VATICAN CITY – The Vatican on Wednesday said it was preparing a series of proposals for reforming the global financial system that would include the creation of a “public authority with universal competence.”

A document entitled “For a reform of the financial system through the perspective of a public authority with universal competence” will be presented on Monday by the Vatican’s Pontifical Council for Justice and Peace.

Pope Benedict XVI has repeatedly called for an “intervention” by governments to tame financial markets and has emphasized the need to restore a fragile global economic system that is hurting poorest people the hardest.

?The global financial crisis showed the fragility of the current economic system and of the institutions associated with it,? the pope said in April.

He said the crisis had also demonstrated “the mistake of continuing to think that the market is able to regulate itself without public intervention.”