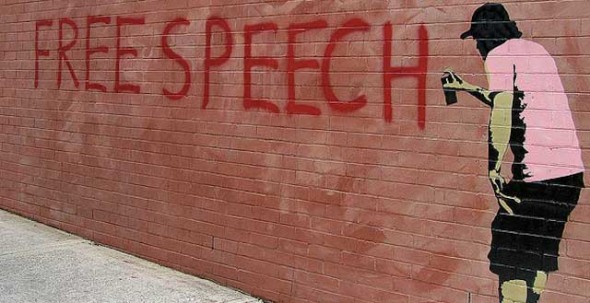 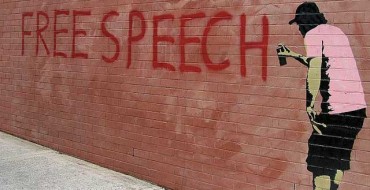 The global authority over all .com domain names, VeriSign, is demanding the power to terminate websites deemed ?abusive? when ordered to by government without a court order or any kind of oversight whatsoever.

?The company said today it wants to be able to enforce the ?denial, cancellation or transfer of any registration? in any of a laundry list of scenarios where a domain is deemed to be ?abusive,? reports the UK Register.

Not only is VeriSign seeking the power to kill websites when ordered to by governments, but also by ?quasi-governmental agencies,? which could extend as far as lobbying organizations and special interests.

VeriSign has asked the domain name industry overseer ICANN to grant it the power to kill a .com or .net domain in order to comply with ?applicable court orders, laws, government rules or requirements,? and believes the authority should be global to allow the company to shut down websites ?without a court order? if any government agency merely requests it do so.

?The company has already helped law enforcement agencies in the US, such as the Immigration and Customs Enforcement agency, seize domains that were allegedly being used to sell counterfeit goods or facilitate online piracy, when the agency first obtained a court order,? states the report.

Indeed, the Department of Homeland Security has already seized website domains merely for linking to copyrighted material, despite the fact that such material isn?t even hosted on the website itself. DHS has also worked with VeriSign to terminate websites already deemed legal by courts in other countries.

?ICE?s domain name seizures, including this one, are occurring without meaningful court oversight, with no chance for the targets to defend themselves before their websites are taken down and a highly cumbersome process for challenge afterwards,? said EFF Intellectual Property Director Corynne McSherry. ?The government should stop these seizures until they comply with the law.?

Now VeriSign wants to seize even more draconian powers so it can work with governments to shut down ?abusive? websites on a whim without any legal due process whatsoever.

This represents a massive threat to the last refuge of true free speech, the Internet, and follows in the footsteps of the Obama administration?s efforts to create an Internet kill switch under the guise of cybersecurity.

As we have documented, lawmakers like Senator Joe Lieberman have teamed up with DHS officials to push draconian legislation in an effort to mimic the Communist Chinese system of policing the Internet. During a CNN appearance last year, Lieberman said the goal was to empower the U.S. government with an Internet kill switch.

?Right now in China, the government, can disconnect parts of its Internet in case of war and we need to have that here too,? Lieberman told CNN?s Candy Crowley.

However, China?s ?war? is not against foreign terrorists or hackers, it?s against people who dare to use the Internet to express dissent against government atrocities or corruption. China?s system of Internet policing is about crushing freedom of speech and has nothing to do with legitimate security concerns.

Lieberman has already acted to shut down websites without a court order or any form of oversight when Amazon axed Wikileaks from its servers after being pressured to do so by Lieberman?s Senate Homeland Security Committee.

If Verisign is granted these sweeping new powers, governments all over the world, from the United Kingdom, to the U.S. to oppressive regimes in the third world, will have access to a feeding frenzy of web censorship which they could easily abuse to silence free speech and oversee political cover-ups.