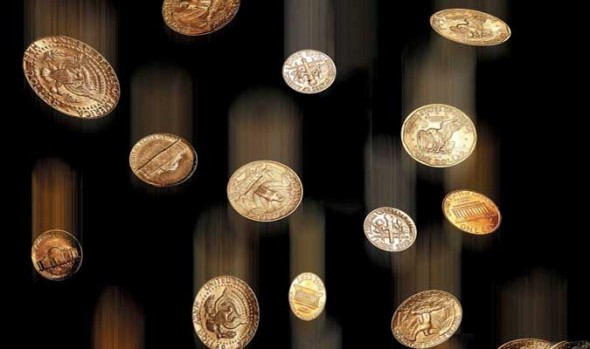 Central Banks Take Joint Action to Ease Debt Crisis … The Federal Reserve moved Wednesday with other major central banks to buttress the financial system by increasing the availability of dollars outside the United States, reflecting growing concern about the fallout of the European debt crisis. The banks announced that they would slash by roughly half the cost of an existing program under which banks in foreign countries can borrow dollars from their own central banks, which in turn get those dollars from the Fed. The banks also said that loans will be available until February 2013, extending a previous endpoint of August 2012. “The purpose of these actions is to ease strains in financial markets and thereby mitigate the effects of such strains on the supply of credit to households and businesses and so help foster economic activity,” the banks said in a statement. ? NY Times 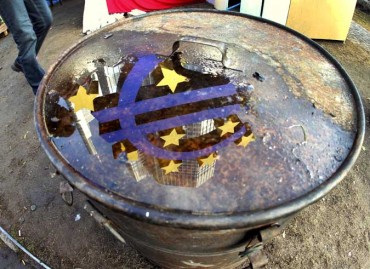 Free-Market Analysis: This is, of course, the Anglosphere power elite’s fundamental dominant social theme. Our Money Power is good and we use it wisely and well on YOUR behalf. The “system” cannot be allowed to falter or fail. Not an inch of it. Of course, we ask, “Whose system is it, exactly?”

It a system that is of peculiar benefit to the elites. They own it. They run it. They utilize its awesome power as necessary. How can one doubt the existence of a power elite when one watches the sort of spectacle described above by the New York Times (see excerpt)? Here’s some more:

On Wall Street, stocks raced ahead at the 9:30 a.m. start of trading in New York, an hour and a half after the announcement by the central banks. The Standard & Poor’s 500-stock index, a measure of the broad market, rose 3.2 percent; European markets were up almost 4 percent in late trading. The participants in addition to the Fed were the Bank of England, the European Central Bank, the Bank of Japan, the Bank of Canada and the Swiss National Bank.

The move made clear that regulators increasingly are concerned about the strain that the European debt crisis is placing on financial companies. European banks in particular are facing difficulty in borrowing through normal channels the money that they need to fund their obligations.

The cost for European banks to borrow in dollars in the open market has climbed to the highest level in three years, and the European Central Bank borrowed $552 million from the Fed last week to meet the rising demand for dollars from European banks. That brought the value of the Fed’s outstanding currency loans to $2.4 billion, all to the E.C.B. except $100 million on loan to the Bank of Japan.

The Fed’s vice chair, Janet Yellen, underscored “the urgency of strengthened international policy cooperation” in a speech Tuesday in San Francisco in which she said that “the global economy is facing critical challenges.”

The system is NOT facing critical challenges. The power elite’s cobbled-up, jury-rigged system of central banks IS facing a critical challenge. That’s what happens when you print money-from-nothing year after year. Eventually you distort the larger economy so much that it implodes. The world seems to be going through such an implosion right now.

There is only so long you can keep the balls in the air before the Invisible Hand knocks them away. So what’s the solution? The elites print more money-from-nothing to try to start the juggling act once again. But after you a point you’re going to run out of balls and time.

The stock market, we’re told, “soared” after this latest intervention. How can anybody at this point make the case that the world’s larger stock markets are anything other than vehicles that respond to a small group of powerful men and women that prints money at will. This isn’t capitalism we’ve got ? it’s mercantilism.

The small handful of seemingly impossibly wealthy families that run the world’s central banks (and its governments as well) want us to believe all this intervention is for the sake of “us.” But do people really have a stake in this system as it is?

It is hardly a system. It is a kind of global command-and-control economy that masquerades as a “free market” when it is nothing of the sort. It is a system that penalizes billions so a few can keep control of it.

It is a system that produces an artificial business cycle that bankrupts small businesses and snatches homes from families that don’t have the funds to keep afloat in the bad times. It is a system that first encourages one to borrow depreciating paper dollars and then threatens one with starvation once that “money” is gone and the cycle has turned.

The powers-that-be are not “saving” the system. They are merely trying to keep it afloat as they ready themselves for the final gambit that will apparently result in a new world order. It entails risks, of course, because significant chaos must be introduced into the system in order to produce the appropriate output.

This is what is being done now. As the system deteriorates, the elites continually consolidate. This sort of central banking coordination is unheard of. Who is organizing it? When did the talks take place to authorize it? Did you participate? We certainly didn’t. No one called us.

World government is being erected as we write. The great Money Power is steadily drawing together the strands of control under the guise of salvaging the system. It is not, however, a system worth salvaging and, in fact, all the money printing in the world won’t save it.

This is why these moves, as trumpeted enthusiastically by 10,000 mainstream media outlets today won’t be the last of it. The elites KNOW the system is collapsing and these are only stopgap measures. We think the next stop on the salvation train is that tiny little three-letter word so beloved of the elites …

We’ve continually predicted that what we call the Internet Reformation is changing the context of elite power. It is hard to manipulate the world using fear-based promotions when so many people have discovered what you’re doing.

As a result, many promotions that the elites have counted on are not working so well right now, especially scarcity promotions such as global warming and Peak Oil. We have noticed as a result a resorting to “hard power” ? police actions, Draconian laws, etc., all designed to intimidate people into staying in line while the links of global governance are forged around them.

Will it work? It is difficult to force seven billion people to do something if they understand they are being pushed in a direction that they don’t want to go.

But the elites don’t give up very easily. They’re used to power and believe it is their right. As a result, they keep trying new tactics, new false flags, new confusions. They have whole corporations like Tavistock devoted to churning out these memes.

But communication revolutions are powerful events. Even transfiguring ones. What happened with the Gutenberg Press so long ago is taking place now as well, we figure. All the false-flag protests in the world won’t stop it, or even get ahead of it.

For this reason, we figure the next gambit is all-out war of some sort. That’s why we can’t get too worked up over this latest coordinated central bank monetary giveaway. A lot of people may be popping champagne corks right now. Not us. We try not to fool ourselves about these things.