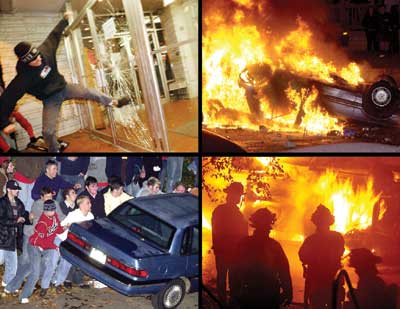 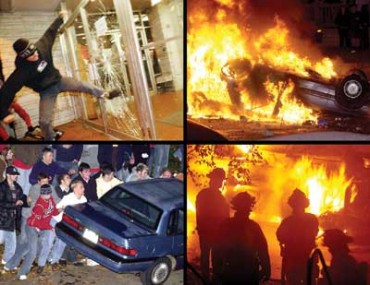 Strict austerity from governments, especially in Europe, is making harsh economic realities even worse. History tells us that when this happens, social disorder follows.

You don’t have to look far to find evidence that the glue that binds us together is losing its grip. Blame the years of economic turmoil and hardship. The volatility. The booms and busts. The persistent joblessness. The increasingly narrow path to financial independence. For the vast majority of us — dare I say, the 99% — the social contract seems like a raw deal these days. Witness the anger shown in polls toward both President Barack Obama and House Republicans; depending on your political bent, you likely hate one and are disappointed by the other. Look at the ongoing, evolving natures of the Occupy Wall Street protests and the earlier Tea Party movement.

This isn’t happening just here at home. The most acute examples of popular rage can be seen overseas. Earlier this year, Arab Spring movements raged against despots across the Middle East and North Africa. More currently, a backlash against Vladimir Putin’s shenanigans in Russia has erupted, and China is facing outrage over the problem of falling condo prices. But above all, the unrest that has economists the most unsettled is in Europe — the consequences of which will reverberate throughout the global economy and could very well pull the United States down into a new recession in 2012.

Frighteningly, to some economists, a new recession is the upside. How bad could the downside get? Well, a pair of economists working in Spain have looked at the overriding issue in Europe — austerity being forced on unwilling, overburdened populations — and ranked the odds of various forms of unrest. And all signs point to chaos.

Jacopo Ponticelli and Hans-Joachim Voth of Universitat Pompeu Fabra in Barcelona, have studied the social impact of government budget cuts in Europe since 1919. They found that “austerity has tended to go hand in hand with politically motivated violence and social instability” and revealed a strong link between the severity of budget austerity and the level of popular discontent. They used this data to create a chaos metric representing the sum of events including assassinations, attempted revolutions, strikes, riots and demonstrations that occur per year. The evidence finds that the deeper the budget cuts, the more severe the chaos. And deeper budget cuts certainly lie in Europe’s future — and eventually, the United States’, too. We’ve had only a taste of these events thus far; Europe has seen most of them.

Demonstrations against the official response to the eurozone debt crisis — including dramatic public-sector layoffs, retirement age increases and emergency property taxes tied to electric bills, among other things — have helped topple the governments of Portugal and Ireland, brought new leadership into power in Spain and resulted in the installation of unelected technocrats in Greece and Italy. Why? Because history hinges on protests like these — protests spurred by economic weakness made worse by budget austerity, higher taxes and lost benefits.

Bread riots, combined with corruption, massive government debt and increased taxation, resulted in the French Revolution and the loss of King Louis XVI’s head. American patriots fought for independence after the imposition of harsh new taxes on things like tea. And Adolf Hitler’s rise to power was birthed by the turmoil and hardship created by the Great Depression, the gold standard’s tight money and Germany’s insistence on austerity to pay its World War I debts.

We haven’t seen chaos just yet. But based on this economic view, and given the contents of last week’s big eurozone agreement, Europe could be close to serious trouble. And we’re headed that way.