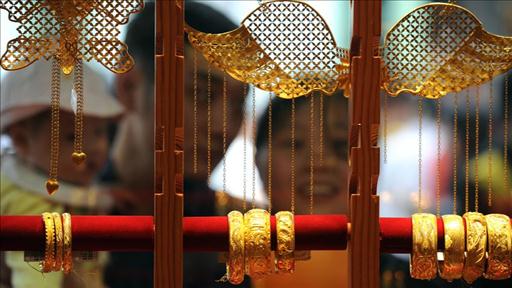 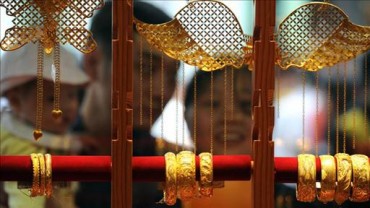 This month, the Hong Kong Census and Statistics Department reported that China imported 102,779 kilograms of gold from Hong Kong in November, an increase from October?s 86,299 kilograms.  Beijing does not release gold trade figures, so for this and other reasons the Hong Kong numbers are considered the best indication of China?s gold imports.

Analysts believe China bought as much as 490 tons of gold in 2011, double the estimated 245 tons in 2010.  ?The thing that?s caught people?s minds is the massive increase in Chinese buying,? remarked Ross Norman of Sharps Pixley, a London gold brokerage, this month.

So who in China is buying all this gold?

The People?s Bank of China, the central bank, has been hinting that it is purchasing.  ?No asset is safe now,? said the PBOC?s Zhang Jianhua at the end of last month.  ?The only choice to hedge risks is to hold hard currency?gold.?  He also said it was smart strategy to buy on market dips.  Analysts naturally jumped on his comment as proof that China, the world?s fifth-largest holder of the metal, is in the market for more.

There are a few problems with this conclusion.  First, the Chinese government rarely benefits others?and hurts itself?by telegraphing its short-term investment strategies.

Second, the central bank has less purchasing power these days.  China?s foreign reserves declined in Q4 2011, falling $20.6 billion from Q3.  The first quarterly outflow since 1998 was not large, but the trend was troubling.  The reserves declined a stunning $92.7 billion in November and December.

Third, the purchase of gold would be especially risky for the central bank, which is already insolvent from a balance sheet point of view.  The PBOC needs income-producing assets in order to meet its obligations on the debt incurred to buy foreign exchange, so the holding of gold only complicates its funding operations.  This is not to say the bank never buys gold?it obviously does?but there are real constraints on its ability to purchase assets that do not provide current income.

Apart from China?s central bank, there is not much demand from the country?s institutional investors for gold.  There are industrial users, of course, but their demand is filled from domestic production?China is the world?s largest gold producer.  Most of China?s gold demand from foreign sources, therefore, is from individuals.

So why are individuals now buying gold?  The easy answer is that the demand is only seasonal, as Jeff Wright of Global Hunter Securities believes.  The Chinese traditionally buy gold presents in the run-up to the Lunar New Year, which started a week ago.  Yet gift-giving does not begin to explain the surge in gold purchases that started as far back as July.  November was the fifth-consecutive month of China?s record gold purchases from Hong Kong.

A better explanation for the gold-buying binge of Chinese citizens is that they are using the shiny commodity as an inflation hedge, as the Financial Times recently suggested.  Yet the buying of gold has increased while inflation has eased.  And that means there must be another explanation.  The best explanation is that individuals in China are using gold as a substitute for capital flight.

Although indicators showed the Chinese economy faltered only at the end of September, there had been a growing sense of pessimism inside the country for months before then.  Beijing, after all, could build only so many ?ghost cities? before citizens began to notice.  As Joseph Sternberg of the Wall Street Journal Asia said on the John Batchelor Show last Wednesday, ?people inside China seem to be losing faith in the Chinese growth story that we?ve been hearing so much about for the past few years.?  Estimates of capital flight are sketchy, but it appears there was $34 billion of it in the third quarter of last year and a $100 billion in the fourth.

Not every Chinese citizen is in the position to export cash, so the next best tactic for the nervous is to buy gold, a refuge from plunging property prices and declining stock markets as well as an anticipated depreciation of their currency.  ?Within China,? notes Michael Pettis of Peking University, ?many are going to argue that the rapid decline in the trade surplus, coupled with unmistakable evidence of flight capital, means that the PBOC should devalue the RMB.?  And the fact that China?s leaders in public are talking about the adverse impact of the European crisis on China weighs heavily on sentiment.

The worst thing about capital flight and gold purchases is that they drain liquidity out of the Chinese economy just when it is needed most.  Beijing can continue to work its magic as long as strict capital controls keep money inside the country.  Once they fail to do so, however, all bets are off.  The purchasing of gold, of course, results in the exporting of cash.

Chinese asset values have not yet crashed across the board, but the buying of gold?a leading indicator of panic?is an especially troubling sign that they will.  Therefore, it is not surprising that gold purchases by Chinese citizens and investors are frightening Beijing?s technocrats.  At the end of last month, they shut all of the countries gold exchanges other than two of them in Shanghai.