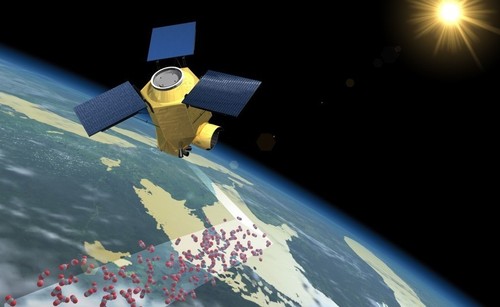 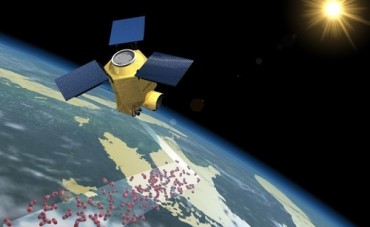 The European Space Agency is set to green light a new surveillance satellite that will measure man-made carbon emissions from space in order to ?hunt down? violators of international climate agreements, allowing Big Brother to enforce a future tax on CO2 emissions.

Labeled CarbonSat, the satellite system will have the ability to differentiate between natural carbon emissions and man-made CO2 releases. Earlier this month, the ESA announced that it had contracted space company Astrium to develop the satellite, which will be ready for deployment by 2017.

The Astrium press release announcing the project makes no mention of the fact that the satellite will be used to perform surveillance on individuals and businesses to keep tabs on their carbon footprint, instead presenting its role as merely measuring carbon emissions.

However, an interview with Astrium President Evert Dudok carried by a German climate alarmist website makes it clear that the technology will be used to spy on human activity from space and impose penalties for non-compliance with United Nations environmental treaties and regulations.

According to a translation by the prominent climate skeptic website No Tricks Zone, Dudok reveals that the primary function of the satellite will be to perform highly intrusive surveillance.

?The target is to hunt down environmental violators,? said Dudok, adding that the satellite will have the capability to detect methane as well as CO2, meaning farmers, whose activity is already policed by a network of spy satellites and drones, could face fines and taxes depending on the flatulence levels of their livestock.

?Knowledge of both of these gases is not only decisive for climate forecasts, but also for monitoring international climate treaties,? said Dudok, adding, ?Up to now there has been no reliable way of monitoring the implementation of the Kyoto and Copenhagen treaties.?

In other words, the CarbonSat will be the enforcement arm of dictatorial UN climate mandates.

Dudok also explains that the satellite will be able to detect ?emissions from cities? and ?coal power plants,? greasing the skids for the enforcement of a tax on carbon emissions against both individuals and power companies, which in turn will drive up energy prices for consumers.

The CO2 Handel warmist website explains the true scope of the project in chilling terminology.

?Aerospace company Astrium is designing a new satellite for the European Space Agency (ESA) to be used for monitoring greenhouse gas occurrences. The new climate satellite will be able to detect greenhouse gases with an unprecedented spatial resolution: 2 x 2 kilometers. The European Space Agency wants to hunt down environmental and climate violators with its new satellite. Aerospace company Astrium will put together a feasibility study for the project by the end of 2013, according to company reports Thursday. If things move forward successfully, the mission ? dubbed CarbonSat ? could already begin as soon as 2017 and thus enable monitoring of international climate treaties.?

P Gosselin points out that CarbonSat is a perfect reason for European countries to reject United Nations climate mandates.

?Now if anyone ever needed a compelling reason not to sign the treaty, this is it. Signatories will have to subject their territories to a constant invasion of privacy. Who knows what else they may want to monitor later on? Where does it end?? he asks.

Indeed, this represents the ultimate goal of green fascism, where cutting edge technology is used to oversee a scientific dictatorship in which every facet of human behavior is restricted and controlled. This is the first step towards the ?Planned-Opolis? society imagined by climate alarmist group Forum for the Future as illustrated in the terrifying video below.

Update: ‘Gaia’ scientist James Lovelock reverses himself: I was ‘alarmist’ about climate change & so was Gore! ‘The problem is we don’t know what the climate is doing. We thought we knew 20 years ago’