Joseph Candel: These troubles help to prepare the way for the World Government & eventual rise of the Antichrist, who will come with solutions to these problems in the form of more unity, a more united global response to wars and terrorism, diseases and catastrophes, refugees, economic inequality, and the many other hardships plaguing the world, many of which have been caused by the globalists themselves in the first place! (Dan 11:21-24; 8:23-25. 2 Thesalonians 2:1,3.)

The time is close when an even greater economic depression will hit the world, making people so desperate that they?ll accept anything if only it will end their misery. The world is being prepared for the coming World Government & its eventual leader the Antichrist and a new worldwide financial infrastructure, with a new global currency. 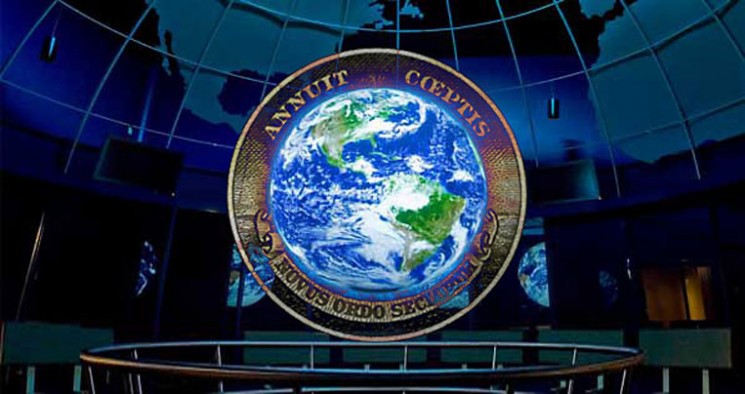 It is a well-known fact that many of the global elite have long believed that a global economic crisis could be a major step toward the establishment of a New World Order (one-world government).

For example, as far back as 1994, David Rockefeller said, ?We are on the verge of a global transformation. All we need is the right major crisis and the nations will accept the New World Order.? He didn?t identify what this needed ?major crisis? would be?but others have indicated that they think a major economic crisis would work.

In 2008, Prime Minister Gordon Brown of England said, ?The international financial crisis has given world leaders a unique opportunity to create a truly global society.? Think about it! The Prime Minister of England thought the devastating financial crisis that started in 2008 was a unique opportunity to create a world government.

That is similar to Rham?s Rule (named after Rham Emanuel Pres. Obama?s former Chief of Staff). Simply put: Politicians should use crises to push through unpopular legislation or programs that people wouldn?t accept under normal circumstances. They should use a crisis to do their will instead of the will of the people.

In 2012, Nigel Farage, a member of the EU Parliament said:

It is very, very difficult to ignore those voices, who have been telling me for twenty years that behind all of this [the economic crisis] there are a group of people that want to create ?a one world government.? I?ve tried to ignore those arguments and say, ?Look, let?s not be too conspiratorial about this.? But goodness me its [a one world government ] beginning to stare us in the face.

It really started staring us in the face in November 2014. That is when the world?s so-called, too-big-to-fail banks (J.P. Morgan, Citigroup, Goldman Sachs Group, Bank of America and Morgan Stanley) got the G-20 to pass legislation that shifts the liability for bank failures from the banks to the bank depositors.

If that kind of legislation at that level is not a clear indication that the world?s largest banks are expecting a global economic crisis, I don?t know what is. The heads of those banks want their depositors and not themselves to be held liable for future bank failures.

About that same time, the price of oil was dropping and the economies of Russia, Iran, Venezuela and several African nations were feeling the impact. In many ways, the lower price of gasoline was a good thing for American citizens. But now we are hearing that the economies of Texas, Louisiana, Oklahoma and North Dakota could be in trouble.

Falling oil prices are cutting into the profits of American companies. Some are losing money because they can?t get oil out of the ground as cheaply as Saudi Arabia, the United Arab Emirates, Kuwait, Iraq and others. Some have stopped purchasing oil permits for new wells. Some are considering large layoffs. Some are having trouble paying the interest on borrowed money. Some won?t have profits to pay stockholders.

And this is spilling over into other sectors of the American economy. American companies need less pipe, fewer pumps, fewer motors, etc. The companies that make these things need fewer employees. And on and on the downward cycle goes.

This is the point: There are powerful people who want a world government and believe a crisis?perhaps an economic crisis? is needed to force through public acceptance. The so-called, too-big-to-fail banks have pushed through legislation to shift the liability for major bank failures. The price of oil has dropped sharply, and although not all agree, some think an economic crisis could be looming.