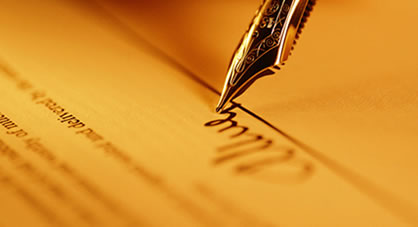 And another frequent question will the Antichrist be in some sort of prominence or position before he signs the Last Seven year Covenant?

When the Antichrist Confirms the Covenant we know that this event will clearly mark the start of the Antichrist’s seven-year reign and the last seven years before Jesus? Second Coming and the Rapture.

We know that in the last seven years the Antichrist will certainly be in power, but it seems highly  unlikely that he would have enough power to get the World to sign the seven-year Covenant unless he were already in some kind of power & prominent in some way, & with enough power & influence to persuade them to sign that Covenant!

He doesn’t just suddenly pop out of the woodwork, someone that nobody ever heard of & says, “Here’s the solution to your war & the economic problems!” He’s not just some nobody, unheard of, a little diplomat in the U.N. who suddenly stands up & offers the World the solution on a silver platter just like that, without already certainly being known & having some influence & some power!–Otherwise they wouldn’t even listen to him!

So it would seem the Antichrist has got to get into some position of power before that & from reading Daniel 11:21-23 it sounds like he rises to power peaceably:

“And in his estate shall stand up a vile person (Antichrist), to whom they shall not give the honour of the kingdom: but he shall come in peaceably, and obtain the kingdom by flatteries.”

But then uses force or war to crush his opposition and strengthen his position.

“After the league [covenant, pact, or treaty] is made with him [the Antichrist, the prince of the covenant] he shall act deceitfully.”

So it seems that the Antichrist is quite prominent even before he confirms the 7 year covenant that signals the start of the last seven years before Jesus? Second Coming and the Rapture.

The covenant appears to be a peace accord, as well as some sort of religious pact-possibly one that tackles the thorny issue of coexistence between Jews, Muslims, and Christians in the Mideast, and by which Jerusalem could be declared an international city with free and equal access guaranteed to people of all faiths. (Daniel 9:27; Daniel 11:28,30)

This covenant could also clear the way for the Jews to finally be able to rebuild their Temple on Jerusalem?s Mount Moriah and resume animal sacrifices on its altar-something that hasn?t happened since the last Temple was destroyed in 70 A.D. It certainly seems that confirming the 7 year Covenant by the Antichrist would be World-famous news or it wouldn’t do the antichrist any good, because that’s great public relations, he’s made peace with the religions! So it?s likely going to be an open public event.

If you look back to the example of 1993, and the failed Oslo Accord we could see that the coming 7 year covenant will probably be big open news for the world to see. The failed Oslo Accord, was an attempt to resolve the ongoing Palestinian-Israeli conflict. It was the first direct, face-to-face agreement between the government of Israel and the Palestine Liberation Organization (PLO). It was intended to be the one framework for future negotiations and relations between the Israeli government and Palestinians, within which all outstanding “final status issues” between the two sides would be addressed and resolved.

On 20 August 1993 the Accords were subsequently officially signed at a public ceremony at the USA Presidential White House Lawn with many world leaders attending, with the presence of PLO chairman Yasser Arafat, Israeli Prime Minister Yitzhak Rabin and US President Bill Clinton. Although, these negotiations? eventually failed in 1996, nevertheless the world was watching via live TV the signing of these documents & received worldwide publicity. So I believe the coming 7 year covenant whenever that will be, will experience even more open publicity on TV for the world to watch. The antichrist could use it as a great Public Relations opportunity for all to see.

It would seem logical that any kind of a treaty, covenant, or pact between the governments & the religions of the world & the Antichrist, the World leader himself, that promises seven years of peace & plenty & religious freedom & internationalises Jerusalem for the rebuilding of the Temple & so on, it would seem likely that this would be world news. Anything that settles the War between the Jews & the Palestian /Arabs, would be World news.

After Signing the Covenant

During the first 3-1/2 years of the Antichrists seven year reign, most of the World will hail him as a great hero, a political, economic and military Superman! With his brilliant 7-year peace plan the Holy Covenant he will restore the World’s economy & settle the Mideast crisis temporarily. (Daniel 11:21-24, 9:27; 11: 28, 30-31)

But halfway through his seven-year reign, the Antichrist will break the covenant (Daniel 9:27b), invade Israel from the north (Daniel 11:28-31), abolish all traditional religious worship (Revelation 13:5-8), declare that he himself is God (2 Thessalonians 2:4 Daniel 11:37-38).

The false prophet–the Antichrist’s chief aide, who deceives the world–will make this image to the Antichrist (Revelation 13:11-15) and place it at the site of the rebuilt Jewish Temple (Daniel 11:31). This image, which the prophet Daniel referred to as the “abomination of desolation,” will “speak” and somehow have power to cause those who refuse to worship it to be killed (Revelation 13:14-15).

Jesus said that when we see this abomination of desolation standing at the Temple, we will know that the last three and a half years of man’s rule on earth has begun–a time of “great tribulation” (Matthew 24:15,21).

During this final three-and-a-half-year period, the Antichrist world government will enact a mandatory one-world economic system, creating a cashless society. The Antichrist government will use this new economic system to try to force everybody to submit to and worship the Antichrist, because no one will be able to buy or sell without the mark of the beast, in their right hands or foreheads (Revelation 13:16-18), possibly in the form of a chip implant that we read so much about in the news. But God’s children and many others will refuse to worship the Antichrist or receive his mark, and the Lord will take care of them (Revelation 12:6,14).

At the end of the Antichrist’s seven-year reign, Jesus Christ will return “in the clouds of Heaven with power and great glory”, to rescue all His saved children out of this World! (Mt.24:29-31; Revelation 1:7) The bodies of all of the saved who have died will be resurrected and come bursting out of their graves! And all of us who are still alive will be instantly changed and receive new eternal translated super-bodies in which we’ll rise up to meet the Lord in the air! Then we’ll go with Him to a great Victory Celebration in His Heavenly City. Known as the Marriage Supper of the Lamb. (Revelation 19:7-9) Will you be there?

More on the Last Seven Years - Open or Secret Covenant?
http://endtimeinfo.com/2015/03/more-on-the-last-seven-years-open-or-secret-covenant/
Antichristcovenantlast seven years
Previous ArticleSigns of the Times: PersecutionNext ArticleIs the Temple Location Really South of the Dome of the Rock?