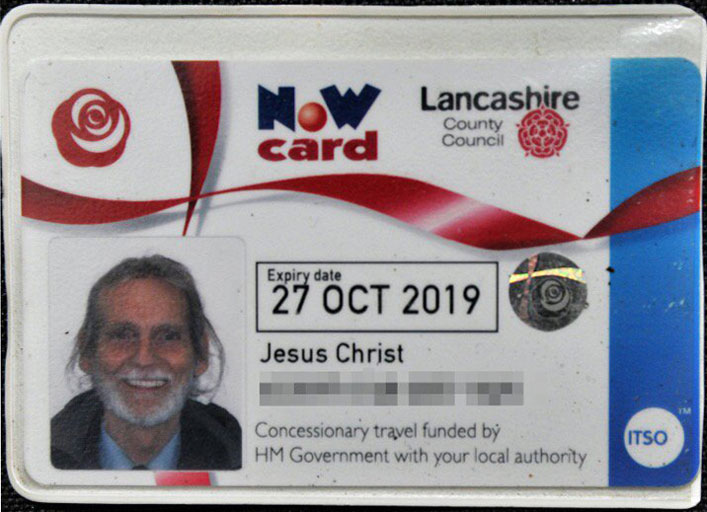 A retired bus driver who believes he is the second coming of Jesus Christ says he will run to become Burnley’s next member of parliament in 2020 in an attempt to shake up British politics.

John Edward Birtwhistle, 77, changed his name to Jesus Christ by deed poll in 1996, saying he had “healing powers” and that he was the son of God in a past life.

He has drawn up his own manifesto of policies including weekly bin collections, free bus passes for the over-60s, scrapping the TV licence and children being taught at home by their parents.

One day, out of the blue, a customer came in and went down on one knee and called me Jesus,” Christ says.

“Then it happened again within the same week. I was called Jesus by a lady and I said, ‘I’m not.’ I thought, ‘What’s happening here?’ I couldn’t understand it.

“Things started to happen, like healing. I thought, ‘I’ve never done that before in my life.’

Jesus is coming... and he wants you to elect him as MP for Burnley
http://endtimeinfo.com/2016/08/jesus-is-coming-and-he-wants-you-to-elect-him-as-mp-for-burnley/
Antichristdeceptionsigns of the times
Previous ArticleWill Satanists Lead Your Child’s After-School Club?Next ArticleClinton Campaigners Use Pokemon Go To Literally “Lure” Voters