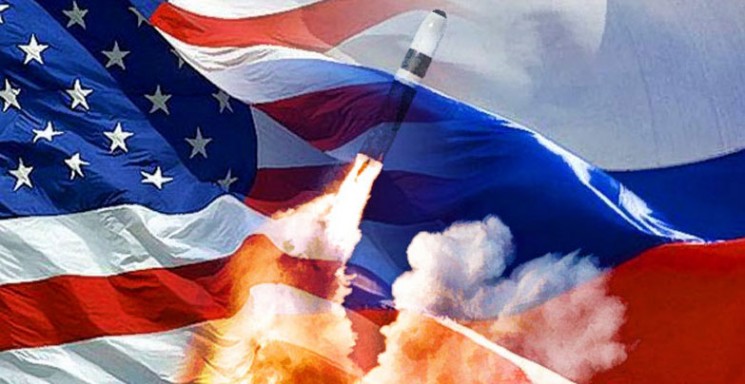 On Tuesday, Defense Secretary Ash Carter told the Senate Armed Services Committee that the US would no longer hesitate to engage in ?direct action on the ground? in Iraq and Syria.

The change in rhetoric (and apparent shift in strategy) comes just days after the US seemingly prepared the public for what might be coming by releasing helmet cam footage of what Washington says was a raid on an ISIS prison by Delta Force (accompanied by the Peshmerga). 70 prisoners were allegedly freed although not before the US suffered its first combat death in Iraq since 2011.

The timing of the video is suspect, to say the least. It came just days after Joint Chiefs of Staff Gen. Joe Dunford visited Iraqi PM Haider al-Abadi in an effort to dissuade Baghdad from requesting Russian airstrikes on ISIS targets. In short, it appears as though Washington is trying to simultaneously, i) prove to Mid-East governments that the US can still be effective in the fight against terrorism even as questions remain about ulterior motives and even as Russia racks up gains in Syria, and ii) prepare the public for the possibility that America is about to put boots on the ground in Iraq and Syria. Here?s more from WSJ on Washington?s new ?strategy?:

The White House is seriously considering deploying a small squadron of Apache attack helicopters to Iraq as part of a package of new ?H programs to counter Islamic State, according to U.S. officials.

The move could ultimately require the deployment of hundreds more U.S. service members to Iraq. Among other proposals, U.S. officials said some in the military recommend openly deploying a small number of forces on the ground in Syria, embedded among moderate rebels or Kurdish forces there, for the first time.

Pressure is mounting on the regime to change course. Recent Russian intervention in Syria on the side of the regime, and the threat of Moscow intervening in Iraq next, has spurred the U.S. to step up its role, defense officials acknowledge.

Pentagon officials have recommended to the White House that the U.S. deploy as many as eight Apache helicopters and their crews to Iraq. The helicopters, known for their targeting prowess, could work in conjunction with as many as two dozen ground spotters who would embed with local ground forces to call in strikes against Islamic State targets.

Another proposal, which is less likely, would insert small numbers of combat advisers on the front lines with Iraqi forces and possibly with moderate rebels inside Syria. Pentagon officials are also likely to enhance Iraqi intelligence capabilities, possibly through a group on the ground that would serve as a single point of coordination between the U.S. and Iraq, a senior military official said.

Last week, the defense chief said Americans should expect more raids like the joint U.S.-Kurdish operation that took place in the town of Hawija, Iraq, in which 70 prisoners were freed and an American was killed in action, the first since 2011. The U.S. also recently dropped 50 tons of ammunition to an umbrella group of moderate rebel forces inside Syria now known as the Syria-Arab Coalition, or SAC, as part of a renewed effort to strengthen local forces.

Pentagon and White House officials indicated the deployment of Apache helicopters was being given the most serious consideration, and therefore the most likely step.

U.S. officials say momentum is building within the administration to ramp up those efforts even more, capitalizing on the strength of Kurdish and other Iraqi forces.

?I believe we will have an opportunity to reinforce Iraqi success in the days ahead,? Chairman of the Joint Chiefs of Staff Gen. Joe Dunford told Senate lawmakers at a hearing on Tuesday.

Alright, so let?s see if we can untangle this. Washington intends to send in the Apaches to bolster Iraqi forces both Peshmerga and otherwise. Or at least that?s what it sounds like. The Pentagon is also considering the placement of American ground troops with ?moderate? rebels and with the YPG in Syria.

As we?ve detailed extensively (and this isn?t exactly a secret), Iran effectively runs the Iraqi military via its various Shiite militia proxy armies. That?s not an exaggeration. As Reuters reported earlier this month, ?the Fifth Iraqi Army Division now reports to the militias? chain of command, not to the military?s, according to several U.S. and coalition military officials.? So when the Apaches and their crews aren?t supporting the Kurds, they?ll be openly supporting Iran-backed fighters.

Only that isn?t at all consistent with placing US ground troops with Syria?s ?moderate rebels? like the Free Syrian Army because after all, they?re fighting the very same Iran-backed Shiite militias. So the US would be bolstering the militiamen in Iraq with Apache gunship support and then firing on those exact same militiamen across the border in Syria in support of the ?moderate? rebels battling to oust the Assad regime.

And then of course there?s the whole Kurd/Turkey problem. The US is, i) fighting alongside the Peshmerga in Iraq and intends to support them going forward with Apache helicopters, ii) paradropping guns and ammo to the YPG in Syria (as part of a ridiculous ruse that involves the largely made-up SAC mentioned above by WSJ), and now iii) may even send in ground troops to fight with the YPG. But Turkey just bombed the YPG yesterday. Additionally, the US is flying sorties from Incirlik which sets up the insanely ridiculous possibility that if the US embeds troops with the Syrian Kurds, US jets could be taking off from the same base as Turkish warplanes only the US warplanes would be supporting the YPG while Turkish warplanes bomb them.

So, yeah. This is should all go swimmingly.

Finally, there?s the possibility that if the US puts boots on the ground in Syria in support of the ?moderate? rebels, those troops will be killed by Russia and Iran (which Dunford said on Tuesday likely has “more than 1,000 [soldiers] on the ground in Iraq [and] something less than 2,000 in Syria”), and with that, we close with several comments from Chairman of the Russian Upper House committee for foreign affairs, Konstantin Kosachev (via RT) and a few images:

Commenting on the potential involvement of US ground troops against ISIS in Iraq and Syria, Kosachev once again highlighted that, when it comes to Syria, the US-led anti-ISIS campaign is already violating international law. Potential troops on the ground, Kosachev believes, will further violate international regulations

?They will get trapped, they will get involved in this ongoing conflict and the consequences will be absolutely unpredictable,? Kosachev said, addicting that sending US troops into Syria would be a ?big mistake.?

At the same time, Kosachev, stressed that Russia would not send ground troops into Syria.

?No ground operation is possible [in Syria], because that would inevitably involve Russia in the ongoing war,? the politician told RT.

“Only air strikes”?! #RussianArmy column with Msta-B artillery passes #Latakia for the front. via @Charles_Lister pic.twitter.com/spgJGEHjxS

US Ground Troops In Syria Is "Illegal, Big Mistake", Russia Warns Obama Of "Unpredictable Consequences"
http://endtimeinfo.com/2015/10/us-ground-troops-in-syria-is-illegal-big-mistake-russia-warns-obama-of-unpredictable-consequences/
Iraqorder out of chaosRussiaSyriawar
Previous ArticleMoving Toward A One World Government, A One World Economy And A One World ReligionNext ArticlePutin: Anthropogenic Climate Change Is a Geostrategic Weapon