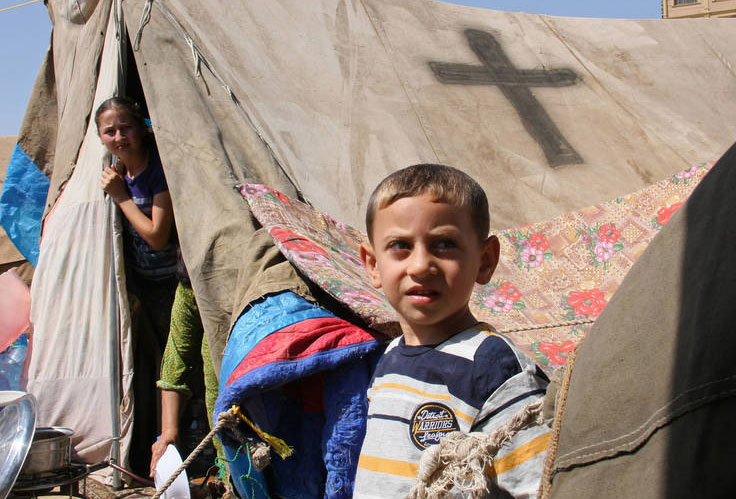 Muslims in Aleppo have started mixing with Christians for the first time and some are even going to churches.

The relentless bombing and fighting is heaviest in Muslim parts of Aleppo as so many Muslims have fled to Christian areas to seek refuge, the Christian persecution charity World Watch Monitor reports.

“Many Muslims were genuinely surprised when they met Christian women in our churches willing to serve them,” said Kristina, 28, a Christian who fled from the city after having her first child. “Their image was that all Christian women spend most of their days dancing in night clubs and drinking alcohol! Meeting each other was a shock, both for them and for us.”

Kristina was safely in Lebanon when she spoke to a representative from World Watch Monitor which reports her story today.

She said nine out of ten Christians in her church had fled Aleppo, but her friends still in the city have told her the church is full because their places have been taken – by displaced Muslims. They are going to church to take part in classes organised to help them cope amid the chaos and destruction.

They are particularly drawn to activities laid on for children, and many have been surprised to find that the churches are trying to help all Syrians, not just Christians.

“Many are re-thinking the faith they grew up in and have dropped their hostility towards Christians,” Kristina told World Watch Monitor.

The Muslim mothers do not even mind that their children are hearing the Bible read each day.

Kristina said: “The mothers are okay with that. They see it as positive if their children learn about God. It’s the husbands who are stricter, usually.”

She said the Muslim women felt “liberated” in church.

“They notice the church doesn’t see them as merely machines only fit for cleaning, giving birth to children, and raising them, like many Muslim men do.

“In Islam, many women don’t have any rights. When they feel how Christians really care for them, it feels like heaven for those women. They see it’s possible to live as independent women, to dream.”

She said that his was the first time ever that Muslims were approaching the churches.

“The only thing we have to do is tell them the good news; they are waiting for it.”

Muslims In Aleppo Meet Christians For The First Time - And Are Shocked By What They Discover
http://endtimeinfo.com/2017/01/muslims-in-aleppo-meet-christians-for-the-first-time-and-are-shocked-by-what-they-discover/
ChristianityfaithIslamSyria
Previous ArticleEU Just Voted To Create Its Own Army, Britain May Be Forced To Pay For It ? In Spite Of BrexitNext ArticlePediatrician group speaks out against National Geographic’s 9-year old ‘trans’ cover