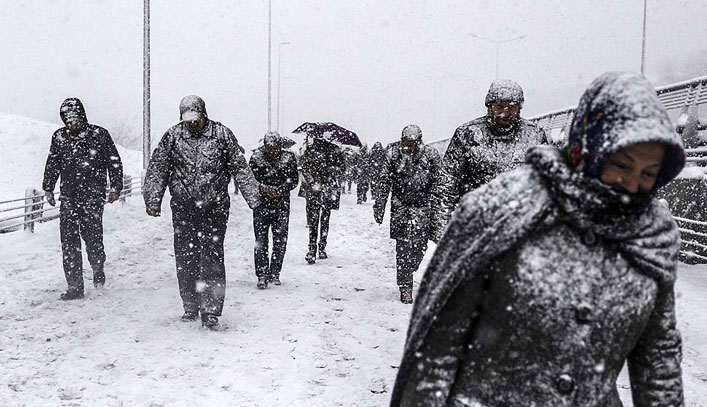 The executive chairman of the World Economic Forum is predicting mass migration of 1 billion refugees moving north into Europe, if the slide in commodities continues.

Klaus Schwab made the comments during an interview ahead of the Davos meeting, according to Bloomberg. (How Schwab came to this number is hard to tell, however it is important to note that the total combined population of the Middle East and North Africa is a little over 500 million, so even if these aeras were totally emptied of human beings, we could still not see 1 billion migrants flooding Europe.)

Many countries in Africa depend on oil income, but the prices have dramatically dropped recently.  Schwab says the downward spiral in commodities will have an economic and social repercussions.

He believes the average person is upset by what is happening in the world, and since it takes a while to understand the impact of decisions by policy makers, it has led to the rise of angry politicians. But, Schwab believes the solution is for solidarity among Western and developing nations.

Before his death, Libyan leader Muammar Gaddafi said the unrest in many African and Middle Eastern countries, due to governments being toppled, would cause a migrant flow of millions into Europe.  He was making the plea that Libya played a key role in securing the Mediterranean.

?Libya may become the Somalia of North Africa, of the Mediterranean. You will see the pirates in Sicily, in Crete, in Lampedusa. You will see millions of illegal immigrants. The terror will be next door,? said Gaddafi?s son Saif in 2011, according to Sputnik.

The Arab Spring also lead to a mass migration.

All this comes as rallies are held almost daily across many European cities to protest the inflow of refugees.

Over 1,000 people gathered in the Netherlands this week to make it known to lawmakers they do not want refugees and migrants in the country.  They carried signs reading ?stop the asylum nonsense? and threw eggs at the town hall, according to RT, ahead of a scheduled debate by lawmakers on the issue.

Demonstrations have also been held in Germany and Sweden.

The crisis has also led to the rise of politicians and anti-immigrant group leaders calling for migrants to be locked up at asylum centers.