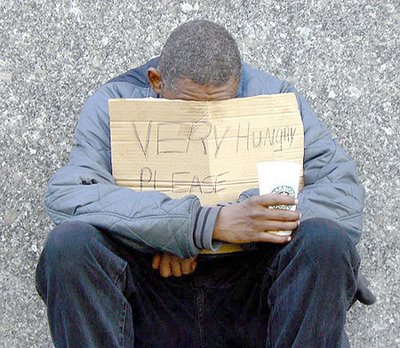 You know the old joke: If your neighbor loses a job, it?s a recession. If you lose your job, it?s a depression.

Here?s the new twist: If nearly 10 percent of the country is without work, that?s apparently a recovery.

Or what economists like to call a ?jobless recovery.?

The National Bureau of Economic Research said Monday that the recession officially ended in June 2009, 18 months after it began in December 2007.

Although the economy has remained weak since then, any new downturn would mark the beginning of a new recession, not a continuation of the old one, the NBER said.

For millions of Americans, however, the recession likely feels both old and unending, because they don?t have a job.

The unemployment rate was 9.6 percent in August, about the same as it was in June 2009, when the so-called Great Recession ended. That translates into about 14.9 million unemployed people, slightly more than in June 2009.

The numbers are staggering, although it?s worth nothing that both the number of unemployed people and the jobless rate have fallen from a high late last year.

Still, there?s ample evidence of economic pain. About 6.2 million people, or 42 percent of all unemployed Americans, had been unemployed six months or more in August, according to BLS figures.

Another 8.9 million are working part-time because they can?t find a full-time job. And 2.4 million people are considered ?marginally attached? to the labor force because they want work but have not searched for a job in the past four weeks.

Some of those people have family or other commitments, but nearly half were officially classified as ?discouraged?: They stopped looking for a job because they don?t think there is one out there for them.

So this is what a recovery looks like?
http://endtimeinfo.com/2010/09/so-this-is-what-a-recovery-looks-like/
dollareconomic crisisunemployment
Previous ArticleThe Government Can Use GPS to Track Your MovesNext ArticleIMF fears ‘social explosion’ from world jobs crisis