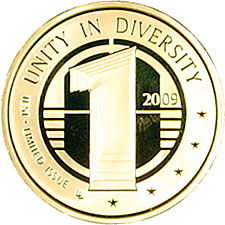 The following report is excerpted from Jerome Corsi’s Red Alert, the premium online newsletter published by the current No. 1 best-selling author, WND staff writer and senior managing director of the Financial Services Group at Gilford Securities.

The Institute of International Finance, a group that represents 420 of the world’s largest banks and finance houses, has issued yet another call for a one-world global currency, Jerome Corsi’s Red Alert reports.

“A core group of the world’s leading economies need to come together and hammer out an understanding,” Charles Dallara, the Institute of International Finance’s managing director, told the Financial Times.

An IIF policy letter authored by Dallara and dated Oct. 4 made clear that global currency coordination was needed, in the group’s view, to prevent a looming currency war.

“The narrowly focused unilateral and bilateral policy actions seen in recent months ? including many proposed and actual measures on trade, currency intervention and monetary policy ? have contributed to worsening underlying macroeconomic imbalances,” Dallara wrote. “They have also led to growing protectionist pressures as countries scramble for export markets as a source of growth.”

Dallara encouraged a return to the G-20 commitment to utilize International Monetary Fund special drawing rights to create an international one-world currency alternative to the U.S. dollar as a new standard of foreign-exchange reserves.

Likewise, a July United Nations report called for the replacement of the dollar as the standard for holding foreign-exchange reserves in international trade with a new one-world currency issued by the International Monetary Fund.