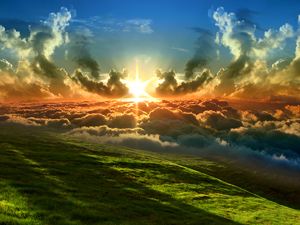 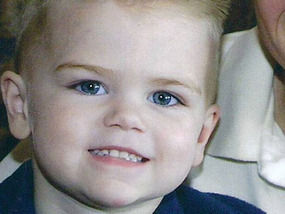 IMPERIAL, Neb. — It sounds like a story dreamed up by a little boy, but to understand what Colton Burpo says you have to hear what he says happened to him.

It all started during a trip to Colorado.

Colton complained of a stomach ache, which led to a trip to the doctor and a diagnosis of the flu.  Afterward, the Burpo family went home to the small town of Imperial, Neb., where another doctor dismissed suggestions that Colton was suffering from appendicitis.

Just two days later, Todd and Sonja Burpo rushed their lifeless son to another medical center, where he was immediately taken into surgery.  Colton’s surgeon estimates that the boy’s appendix had ruptured five days before he was properly diagnosed.

Todd remembers thinking, “as parents we felt sick, what did we do wrong?”

While Colton was in surgery, Todd and Sonja prayed in separate rooms. They thought their son was dying and they blamed themselves.

Miraculously, after a difficult recovery and another surgery, Colton survived.  But his story is far from over.

His Dad jokingly asked Colton if he wanted to go back to the hospital.

Colton’s response?   “You know Dad, the angels sang to me while I was there,” the boy said.

Todd remembers looking into the mirror and seeing his son’s face being dead serious, with no smile or notion that he was joking in return.

Todd looked at his wife and asked, “Has he ever talked about angels with you before?”

But perhaps the most shocking part of Colton’s story, the baby he never knew about.

One day while Colton was playing he walked up to his mom, and out of the blue asked, “Mom, I have two sisters, you had a baby die in your tummy didn’t you?”

Sonja was shocked and overwhelmed by what her little boy had just said. When she asked him who told him, he said, “she did Mommy, she said she died in your tummy.”

Todd and Sonja had never told their son about the miscarriage Sonja had before Colton was born. After all, it was more than a four-year-old would ever need to know.

Colton went on to tell his mom that she was a girl and, “she looked familiar and she started giving me hugs and she was glad to have someone in her family up there.”

Over time his visions became more believable.  He described Jesus, and he even talked about Armageddon and how God told him his father would fight in the final battle.  Although Todd was a pastor, he says he never talked detail like this with his preschool aged son.

After years of stories and new details, Todd’s friends and members of his church started asking him to write his stories down. They encouraged Todd to write a book, which wasn’t something he wanted to do or had any idea how to do.

He remembers praying about it, and he said he would only do it if the opportunity fell right into his lap.  It wasn’t long after his prayer that a publisher called him.

Now Colton’s stories of Heaven are documented in a book titled “Heaven is for Real.”

500,000 copies of the book have been printed and there are now talks of a movie.  Sonja says it’s a lot for her small town family but they are seeing their story make a difference in many lives.

As for Colton, he is now 11 and he loves to sing, wrestle, and play the trumpet.  His Dad says his experience in heaven hasn’t changed his son, but because Colton was so young when it happened it has defined his life.

When asked why he thinks his son and his family had this experience, Todd says, “I don’t know why God picked us.  If we had a chance to vote when we saw our kid suffering about to die, we would have said no, we don’t want this.  We are just normal people that God did a miracle for.”

After near-death experience, boy says "Heaven is Real"
http://endtimeinfo.com/2011/02/after-near-death-experience-boy-says-heaven-is-real/
heavensalvation
Previous ArticleWorld Bank: Surging Food Prices Have Pushed 44 Million People Into PovertyNext ArticleChinese Buy as Much Gold in January as They Did in Half of 2010