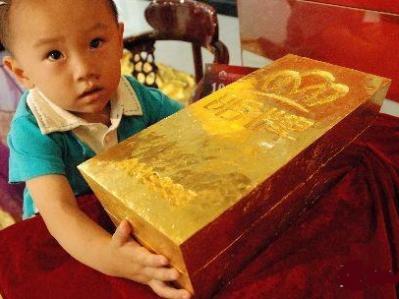 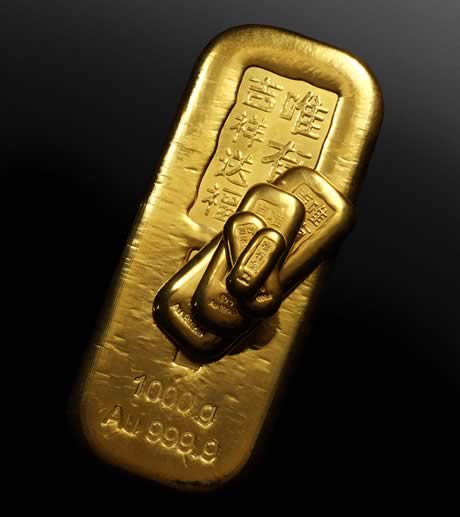 Demand for physical and non-physical gold in China is soaring. The Industrial and Commercial Bank of China (ICBC) reportedly sold nearly 7 tons of physical gold in January alone, almost half of what they sold in all of 2010, according to Reuters.

With Chinese CPI at 4.9% it comes as no surprise consumer are rushing to buy the precious metal to hedge against inflation. Gold prices in Asia steadied in overnight trading while gold futures rose on the Comex in New York. The metal has been trading lower on the market today.

The ICBC teamed with the World Gold Council to launch China’s first gold gift investment bar on Tuesday. The Only Gold Gift Bar comes in 10, 20, 50, 100 and 1000 gram denominations and the word “fu” (joy) engraved on the bar. Ming said in a statement on Tuesday:

“We are working closely with the World Gold Council to provide a variety of physical or physical backed gold solutions for our customers. Last year we sold more than 15 tonnes of bars and coins and we have a strong start in January with almost 5 tonnes of sales.”

Chinese Buy as Much Gold in January as They Did in Half of 2010
http://endtimeinfo.com/2011/02/chinese-buy-as-much-gold-in-january-as-they-did-in-half-of-2010/
buillonChinagoldinflation
Previous ArticleAfter near-death experience, boy says “Heaven is Real”Next ArticleDay Of Rage: Americans Finally Reacting