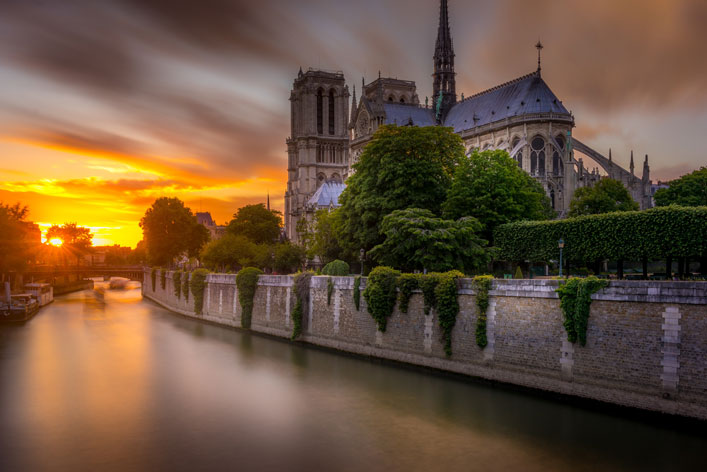 The layers that obscure the truth are burying humanity in large numbers. Yes, Paris was burning again and those flames and the dead bodies may well be a grim foreshadowing of what the future holds.

I was in neighboring England the night the massacre scattered across Paris took place, as people going out to enjoy a dinner or concert or a football game were the targets of hate-filled and ruthless killers. The newspapers the next day had similar words: ?Carnage?; ?massacre?; ?assassination?; ?murder?; ?blood?; ?death?; ?screams?; ?terror,? and so on. Television programming was preempted and viewers were cautioned that some of the scenes of the slaughter were graphic. It was real. A few hours later, names and pictures of the dead were shown. It was like we had heard this before. But it was new and real: the victims? lives cut short in the peak of their careers. Children who weren?t going to come home. People looking for their loved ones. Marriages suddenly broken by death. A young graduate with life ahead of her. And so on. One doesn?t have to know the individuals to feel helplessness and pain. This is twenty-first century murderous man. War in small increments can be deadlier than large scale war because it doesn?t just desensitize the killers; it desensitizes all of humanity.

But the Lord who sees the beginning from the end amazingly conquered not in spite of the dark mystery of evil, rather, He conquered through it. James Stewart of Scotland, pointing to the cross, said it in the most powerful terms I have read. Commenting on the verse from Psalm 68:18, ?He led captivity captive,?? he said,

It is a glorious phrase??He led captivity captive.? The very triumphs of his foes, it means, he used for their defeat. He compelled their dark achievements to subserve his ends not theirs. They nailed him to a tree, not knowing that by that very act they were bringing the world to his feet. They gave him a cross, not guessing that he would make it a throne. They flung him outside the city gates to die, not knowing that in that very moment they were lifting up the gates of the universe, to let the king come in. They thought to root out his doctrines, not understanding that they were implanting imperishably in the hearts of men the very name they intended to destroy. They thought they had God with his back to the wall, pinned helpless and defeated: they did not know that it was God himself who had tracked them down. He did not conquer in spite of the dark mystery of evil. He conqueredthrough it.

The lie has a shelf life. The truth abides forever.