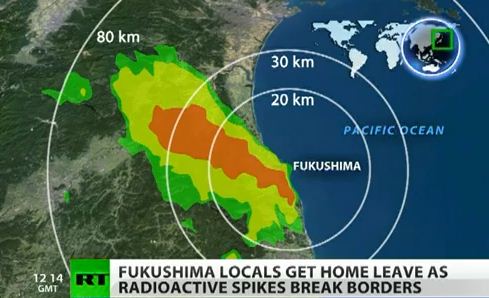 Remember Fukushima? The exploded nuclear power plant that everyone was talking about two months ago and now the media has imposed a complete blackout on, because out of print/page views, means out of radioactive spewage, right? Wrong. According to the latest update from a now government funded TEPCO, “fuel rods are fully exposed in the No. 1 reactor at its stricken Fukushima Dai-Ichi nuclear plant, setting back the utility?s plan to resolve the crisis. The water level is 1 meter (3.3 feet) below the base of the fuel assembly, Junichi Matsumoto, a general manager at the utility known as Tepco, told reporters at a briefing in Tokyo.

Melted fuel has dropped to the bottom of the pressure vessel and is still being cooled, Matsumoto said. The company doesn?t know how long the rods have been exposed, he said.” And apparently even more skeptics are emerging: “?I?ve been saying from the beginning the water tomb plan won?t work,? said Tadashi Narabayashi, a professor of nuclear engineering at Hokkaido University. ?Tepco must work on a water circulation cooling system as soon as possible. They?ve been going round and round in circles and now realize this is what they need to do.?

And the kicker: “It?s unlikely the situation has worsened with the discovery the rods are exposed because they?ve probably been out of the water since shortly after the crisis started, Narabayashi said.” Which means that the situtation has indeed been dire from the very beginning, that TEPCO and the government have been lying, that radiation has been spewing, and that prevalent radiation is likely far higher than most have conceived. Pretty much as was predicted on Zero Hedge long ago. 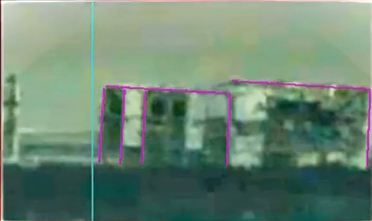 And indicating that things are even worse, is the following report from Russia Today (courtesy of The Intel Hub) that Reactor 4 may be on the verge of collapse:

Nuclear experts on Russia Today reported Tuesday that their is a real danger of a complete collapse of Fukushima nuclear reactor 4.

Japan has announced that the building is leaning and that they are taking measures to reinforce the structure in order to prevent a collapse that would scatter nuclear rods from the spent fuel pool on the ground around the plant.

The flyover video analysis and images captured from the TBS live HD cam show little remains of the building except a burnt out skeleton.

The silver lining to the mushroom cloud: according to Douche Bank this is all very positive for Japanese GDP, which just may be emitting a few extra roentgens for the next 15 thousand years. Period. End of story.

As usual, here is the current and projected radiation emission, via ZAMG: