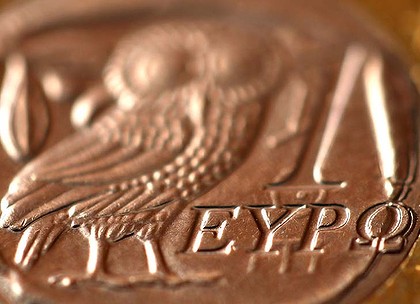 MASSIVE debts in some countries and extremely low interest rates make the task of avoiding another global financial crisis ”enormous”, a global banking organisation has warned.

The international organisation of central banks says the scene is set for a new financial crisis unless Greece and other countries lift interest rates and more rapidly slash debt.

In a report released overnight in Basel, the Swiss-based Bank for International Settlements says three years of near-zero interest rates in the major advanced economies have increased the risk of “a reprise of the distortions they were originally designed to combat”.

“Pessimism has become tiresome, so optimism is gaining a foothold,” the report says before asking whether the reasons for global pessimism about the financial system have really been superseded by events. The report says the dangers are “towering debt, global imbalances, extremely low interest rates, unfinished regulatory reform and financial statistics still too weak to illuminate emerging national and international stresses”.

The BIS was the most vocal of the international organisations warning of a crisis in the lead-up to 2008 and has been redesigning global banking standards in a bid to stave off another one. In a signal it believes the new standards may not be enough, it says international financial flows are now “staggeringly large”.

“A sudden reversal of such flows could wreak havoc with asset prices, interest rates and even the prices of goods and services in countries at both ends of the flows,” it says.

“A loss of confidence in the ability and willingness of a sovereign to repay its debt is more likely to be characterised by a sudden change in sentiment than by a gradual evolution,” the report says.

“This means that governments that put off addressing their fiscal problems run a risk of being punished both suddenly and harshly. And if that day comes, experience teaches us the measures needed to regain the confidence of investors will be substantially larger, more difficult and more painful than they would have been.”

Demanding that Greece, Ireland and Portugal repay rather than restructure their debts despite “popular backlashes”, the BIS says the turmoil in those countries “would pale beside the devastation that would follow a loss of investor confidence in the sovereign debt of a major economy”.

Near-zero interest rates in mainland Europe, Britain and the United States are delaying financial adjustments and “magnifying the risk that the distortions that arose ahead of the crisis will return”.”If we are to build a stable future, our attempts to cushion the blow from the last crisis must not sow the seeds of the next one,” the report warns.

Responding to the report, Treasurer Wayne Swan said there were “clearly risks to the global outlook arising from uncertainty in parts of Europe”.

“However, the prospects for our region remain much stronger as the weight of global activity continues to shift in Australia’s favour,” he said.

Mr Swan also backed the governor of Mexico’s central bank, Agustí´?n Carstens, to be the next head of the International Monetary Fund, saying it was important the president be “chosen on the basis of merit and not nationality”.

Until now, every IMF president has come from Europe.