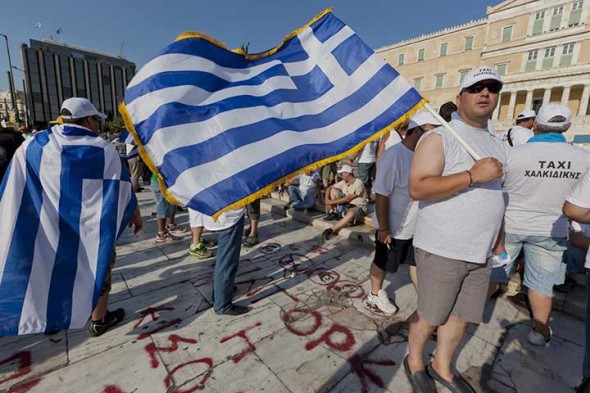 The Guardian reports that while Western media has been silent on the issue Greece is in an absolute state of panic facing a Great Depression style run on the banks as people race to withdrawal their cash. 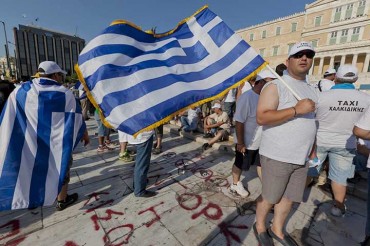 The growing economic crisis in Greece has entered the cusp of a complete financial collapse which for the most part being ignored by the Western media.

Perhaps the news out of Greece has been overshadowed by debt ceiling debate and today?s collapse in domestic financial markets which was fueled by economic data indicating that the U.S has either entered a second recession or is in a double-dip recession that some say in fact is a depression.

Regardless of why Greece is was not on the radar it should be because the situation is dire.

As Michelle Caruso Cabrera points out safety deposit boxes in Greece are sold out due to a Great Depression style run on Greek banks. For those that don?t know what a ?bank-run? is the masses  in Greece are flocking to their banks to pull their cash out of the banks.

As the Guardian article informs us the dreaded bank-run has arrived despite politicians selling out the live hoods and futures of the people of Greece in exchange for a second banker bailout loan to pay back the interest on the first banker bailout loan.

Economists and world leaders told the Greek politicians that they needed to force harsh Austerity measures on their citizens to prevent this exact situation from occurring.

Needless to say, even after subjecting to the will of the International banking cartel, Greece is now in an absolute state of panic as people rush to save their cash and live savings.

Western media could just be keeping the issue under wraps for the time being to buy the Wall Street enough time to pull their money out of the banks and move it into gold.

That could explain why the markets crashed today and gold shot through the roof.

Of course, the only thing the masses were told about the situation in Europe is that there are renewed debt fears in Europe.

Meanwhile Wall Street is fully aware that the masses are pulling their cash out of the banks.