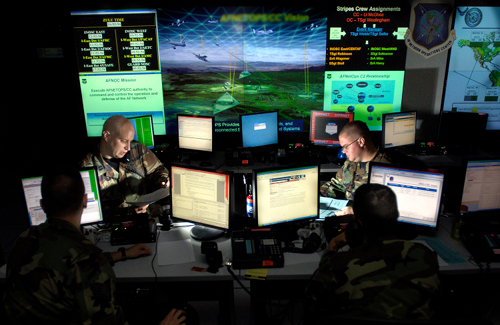 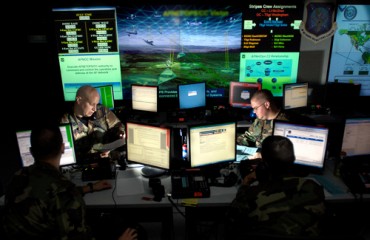 The guests were assembled in the Warfare Analysis Laboratory, surrounded by uniformed officers from the highest levels of the Pentagon and a dizzying array of screens normally used to simulate nuclear world war.

The gentlemen were called to order and the games began.

“If you imagine the war room in Dr. Strangelove, you’re not far off,” says participant James Rickards.

Yet this was no traditional battle game, but rather the Pentagon’s first economic war game, and the authorities are loath to talk about it.

Economic war? It sounds preposterous. Except it gets less so with every dollar of debt run up by the US.

Behind the scenes, the military are worried about the market. For who owns much of this debt? China, the US’s most powerful rival and threat. And that makes America vulnerable to a new kind of bloodless but ruthless war.

Rickards is not a soldier but a banker. He was joined in the war game by dozens of his Wall Street colleagues, flown in from Manhattan to this bunker at the Applied Physics Laboratory in Maryland for the two-day event in 2009, when the Pentagon started to get really alarmed.

The group was split into five teams: America, Russia, China, Pacific Rim, and a “grey team”, representing shady outfits such as terrorist organisations. They were sent into “bunker rooms” and told to use financial or economic tools – currency, debt, stocks, gold – to bring their enemies to their knees. Everything was conducted via computer, and they could be as devious and ruthless as they liked. The bankers liked.

“These people would normally never come together. But there is nothing more fun than to take a Wall Street guy and tell him to be a bad guy,” says Mr Rickards, a former senior executive who was involved in planning and executing the war game.

When the game was halted, the result left the military men quiet and sobered. Why did the bankers scare the soldiers? The answer lies in the way the world is now interconnected as never before.

Over the past few years, China has been buying up US government debt and is now its biggest holder. If China were to dump this debt, it would totally screw with the economy. China could, hypothetically, win any number of foreign policy objectives by making it impossible for you to pay your mortgage.

Paul Bracken is a professor and expert in private equity at the Yale School of Management who serves on government advisory committees at the US Department of Defence. He was one of the key players behind the 2009 economic war game, and the smaller versions that have been played out since.

“The atmosphere that day was one of surprise at the magnitude of the threat,” he says.

“The Pentagon people were used to dealing in terms of military battles: how many ships, how many missiles. This opened up whole new strategies.”

Of course, economic warfare is not new. God’s plagues on the Egyptian pharaoh’s crops, as reported in the Book of Exodus, were an early skirmish. Winston Churchill created a Ministry of Economic Warfare, to run as a “new instrument of war” against Hitler. Embargoes and sanctions have been targeted at dozens of countries, from South Africa to the former Soviet Union.

But this is different. The markets are now global, the holdings in each other’s finances deep, and the technical ability to manipulate them instantaneous. In the 1970s the West feared that its enemies had their fingers on a nuclear button. The modern equivalent may be China’s ability to press the button on US Treasury bills.

China is, Professor Bracken says, “the huge threat”, but Russia, with its oil and gas, has shown no compunction in waging economic war on its neighbours, and could do so on a larger scale.

Another possibility is that major oil-producing countries could destabilise America by switching to euros instead of dollars as the currency in which oil is priced – so-called “petro-dollar warfare”. Or a terrorist organisation might trigger a financial crash via some kind of shady hedge fund or computer attack.

What the economic war game showed Professor Bracken was that military and economic decision-making has to be more unified. Banks and bonds are now weapons, just as much as bombs. “That makes the military nervous, as they had always been in charge of operations. That’s why they know they need to understand this,” Professor Bracken says.

Mr Rickards says that, “If you’re going to confront the US military, you would spend billions. But if you can do so just as effectively in financial space, and it would cost less, why not?”

Perhaps Britain felt a taste of this last year, with some stockmarket shocks that wiped millions off three British companies. BT lost pound stg. 969 million ($1.5 billion) on one afternoon in August, Next lost pound stg. 275m. Security services had to probe the possibility that it was not technical faults, as initially supposed, but a concerted attack by a nation state.

John Bassett, a fellow of the Royal United Services Institute, says the British government is just waking up to the new order.

“If those were deliberate attacks on the London stockmarket, it was highly unlikely to be a criminal gang, much more likely an economic rival,” he says. “This is a ruthless competition for global economic supremacy, and the West isn’t winning.”

At the end of that Pentagon session, the 80-odd players returned from their bunkers and assessed the damage.

China won, without so much as reaching for a gun. And the soldiers looked at each other and wondered if it was still only a game.