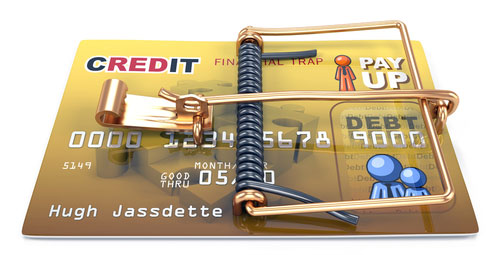 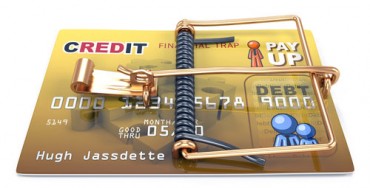 We are getting so close to a financial collapse in Europe that you can almost hear the debt bubbles popping.  All across the western world, governments and major banks are rapidly becoming insolvent.  So far, the powers that be are keeping all of the balls in the air by throwing around lots of bailout money.  But now the political will for more bailouts is drying up and the number of troubled entities seems to grow by the day.  Right now the western world is facing a debt crisis that is absolutely unprecedented in world history.  Europe has had a tremendously difficult time just trying to keep Greece afloat, and several much larger European countries are now on the verge of a major financial crisis.  In addition, there is a growing number of very large financial institutions all over the western world that are also rapidly approaching a day of reckoning.  The global financial system is a sea or red ink, and when we get to the point where there are hundreds of ships going under how is it going to be possible to bail all of them out?  The quotes that you are about to read show that quite a few top financial and political insiders know that things cannot hold together much longer and that a horrific economic crisis is coming.  We built the global financial system on a foundation of debt, leverage and risk and now this house of cards that we have created is about to come tumbling down.

A lot of people in politics and in the financial world know what is about to happen.  Once in a while they will even be quite candid about it with the media.

As I have written about previously, Europe is on the verge of a financial collapse.  If things go really badly, things could totally fall apart in a few weeks.  But more likely it will be a few more months until the juggling act ends.

Right now, the banking system in Europe is coming apart at the seams.  Because the global financial system is so interconnected today, when major European banks start to fail it is going to have a cascading effect across the United States and Asia as well.

The financial crisis of 2008 plunged us into the deepest recession since the Great Depression.

The next financial crisis could potentially hit the world even harder.

The following are 12 shocking quotes from insiders that are warning about the horrific economic crisis that is almost here?.

#1 George Soros: ?Financial markets are driving the world towards another Great Depression with incalculable political consequences. The authorities, particularly in Europe, have lost control of the situation.?

#2 PIMCO CEO Mohammed El-Erian: ?These are all signs of an institutional run on French banks. If it persists, the banks would have no choice but to delever their balance sheets in a very drastic and disorderly fashion. Retail depositors would get edgy and be tempted to follow trading and institutional clients through the exit doors. Europe would thus be thrown into a full-blown banking crisis that aggravates the sovereign debt trap, renders certain another economic recession, and significantly worsens the outlook for the global economy.?

#3 Attila Szalay-Berzeviczy, global head of securities services at UniCredit SpA (Italy?s largest bank): ?The only remaining question is how many days the hopeless rearguard action of European governments and the European Central Bank can keep up Greece?s spirits.?

#4 Stefan Homburg, the head of Germany?s Institute for Public Finance: ?The euro is nearing its ugly end. A collapse of monetary union now appears unavoidable.?

#5 EU Parliament Member Nigel Farage: ?I think the worst in the financial system is yet to come, a possible cataclysm and if that happens the gold price could go (higher) to a number that we simply cannot, at this moment, even imagine.?

#6 Carl Weinberg, the chief economist at High Frequency Economics: ?At this point, our base case is that Greece will default within weeks.?

#7 Goldman Sachs strategist Alan Brazil: ?Solving a debt problem with more debt has not solved the underlying problem. In the US, Treasury debt growth financed the US consumer but has not had enough of an impact on job growth. Can the US continue to depreciate the world?s base currency??

#8 International Labour Organization director general Juan Somavia recently stated that total unemployment could ?increase by some 20m to a total of 40m in G20 countries? by the end of 2012.

#9 Deutsche Bank CEO Josef Ackerman: ?It is an open secret that numerous European banks would not survive having to revalue sovereign debt held on the banking book at market levels.?

#10 Alastair Newton, a strategist for Nomura Securities in London: ?We believe that we are just about to enter a critical period for the eurozone and that the threat of some sort of break-up between now and year-end is greater than it has been at any time since the start of the crisis?

#11 Ann Barnhardt, head of Barnhardt Capital Management, Inc.: ?It?s over. There is no coming back from this. The only thing that can happen is a total and complete collapse of EVERYTHING we now know, and humanity starts from scratch. And if you think that this collapse is going to play out without one hell of a big hot war, you are sadly, sadly mistaken.?

#12 Lakshman Achuthan of ECRI: ?When I call a recession?that means that process is starting to feed on itself, which means that you can yell and scream and you can write a big check, but it?s not going to stop.?

In my opinion, the epicenter of the ?next wave? of the financial collapse is going to be in Europe.  But that does not mean that the United States is going to be okay.  The reality is that the United States never recovered from the last recession and there are already a lot of signs that we are getting ready to enter another major recession.  A major financial collapse in Europe would just accelerate our plunge into a new economic crisis.

The next several years are going to be an incredibly clear illustration of why debt is bad.

When the dominoes start to fall, we are going to witness a financial avalanche which is going to destroy the finances of millions of people.

You might want to try to get out of the way while you still can.