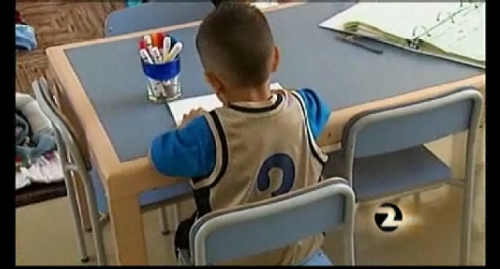 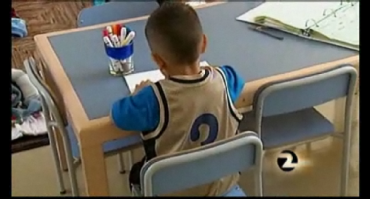 For some reason, I have vivid memories of roll call from elementary school. It was a daily drill that gave each student a chance to rehearse his identity by riffing on the word “here!” Whether you sang it or burped it, you had to make it memorable. Or at least, that’s how I felt about it.

But it’s a nostalgia I may not share with my kids, as tracking devices have begun to dispose of the ritual all together. Last month, a preschool in Richmond, California installed a curiously expensive, high tech system to track the attendance of its students. And it could serve as a pilot program for others to come.

Upon arriving in the morning, according to the Associated Press, each student at the CCC-George Miller preschool will don a jersey with a stitched in RFID chip. As the kids go about the business of learning, sensors in the school will record their movements, collecting attendance for both classes and meals. Officials from the school have claimed they’re only recording information they’re required to provide while receiving  federal funds for their Headstart program.

However, the story has caught the attention of both the ACLU and the Electronic Frontier Foundation, who have expressed alarm at the potential infringement of privacy rights. Together, they have submitted a letter of concern to school officials, including a request that they clarify what security precautions were put in place with the program.

This is not the first time a school has tried to track its students with RFID. In 2005, according to the AP, another grade school in California handed out RFID badgesand was met with an equal amount of outrage from the ACLU and privacy rights watch dogs.

Aside from privacy issues, the project has stirred debate about resource allocation. The RFID system was installed with funds from the Federal stimulus program and carries a price tag of $50,000. Moreover, it was designed to replace a task which, from the outside, seems only minimally taxing to budget and personnel?and which, in my case, served to create lasting memories.

Goodbye Roll Call, Hello RFIDs
http://endtimeinfo.com/2011/11/goodbye-roll-call-hello-rfids/
monitoringRFIDsurveillancetracking
Previous ArticleMan-made flu virus with potential to wipe out many millions if it ever escaped is created in research labNext ArticleThe Russian Bear Is Back, The Soviet Union Is Being Revived And The Cold War Is Not Over