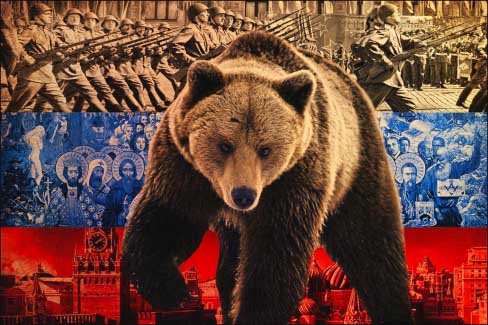 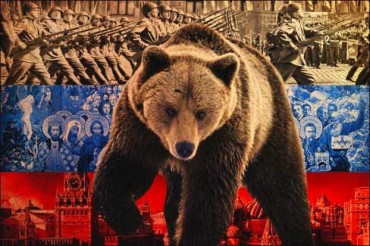 If you believe that the United States is the “sole superpower” in the world, then you really need to read the rest of this article.  Most Americans have very little idea what is actually going on in the rest of the world and how the global balance of power is shifting.  For example, can you name the country that is the number one oil producer in the world, the number one oil exporter in the world, the number one exporter of natural gas in the world and that also has the second most powerful military in the entire world?  In case you need a hint, it is not Saudi Arabia, it is not China and it is not the United States.  The correct answer is Russia.  The Russian Bear is back in a big way.  Did you know that Russia is rapidly becoming one of the top suppliers of oil to the United States?  Russia has vast natural resources, a national debt that is very low (ratio of publicly held debt to GDP is less than 10%) and an economy that has boomed over the past decade.  Russia is busy flexing its muscles in many different ways.  For example, many are pointing out that the “Eurasian economic union” that Russia is putting together is a significant move in the direction of a revival of the Soviet Union.  Russia is also rapidly modernizing its military and developing very powerful new weapons systems.  Most Americans believe that the Cold War is over and that Russia is a toothless bear that no longer represents a threat.  It is difficult to find words to describe how wrong that assessment of the situation is.

The other night during the Republican debate the candidates said next to nothing about Russia.  It was almost as if the second most powerful superpower on the planet did not even exist.

That debate was yet another example of just how bizarre our foreign policy has become.  As you will see below, if there is one country on the face of the planet that could defeat the United States in a war, it is Russia.

And if you believe that Russia is now our “friend”, then you have been seriously deceived.

The Cold War is not over.  In fact, activity by Russian intelligence agents inside the United States and other western nations is now at least at Cold War levels.

And tensions between the United States and Russia are rising on multiple fronts.

For instance, Russian President Dmitry Medvedev has announced that Russia is going to deploy new nuclear missiles that will be specifically targeted at U.S. missile defense installations if the United States proceeds with plans for a missile defense shield in Europe.

The following comes from a recent article posted on Yahoo News….

Medvedev added that prospective Russian strategic nuclear missiles will be fitted with systems that would allow them to penetrate prospective missile defenses.

In addition, we are starting to see some major treaties between the United States and Russia totally break down.  For example, the U.S. State Department has announced that the United States will no longer be observing the provisions of the Treaty on Conventional Armed Forces in Europe.  Russia stopped observing the treaty back in 2007.

The world is changing and the American people need to wake up.

Did you know that Russia has been spending huge amounts of money building a vast system of underground bunkers and shelters?

In Moscow alone, 5000 new “emergency bomb shelters” are being constructed.  The goal is to have enough shelters to hold nearly the entire population of Moscow and the plan calls for all the shelters to be completed by the end of 2012.  When construction is finally finished, virtually the entire population of Moscow will be able to reach a bomb shelter within a matter of minutes.  You can see a video news report about this development right here.

So what is the U.S. government doing to prepare all of us?

Instead, the Obama administration is doing the best that it can to disarm America.

In a previous article, I described what the new START Treaty is going to do to the U.S. strategic nuclear arsenal….

In that same article, I discussed the fact that this treaty will leave Russia will a significant advantage in nuclear weapons because it does nothing to address their overwhelming superiority in tactical nuclear weapons….

Over the last several years, Russia has also been quite busy updating and modernizing their strategic nuclear forces.  The United States has not been doing the same.  U.S. officials still believe that the U.S. has a technological edge in this area, but everyone agrees that this gap is rapidly narrowing.

In recent years Russia has also developed submarines that are too “quiet” for us to track and ballistic missiles that can evade all of our missile defense systems.

While the U.S. has been making strategic mistakes like helping al-Qaeda take  over Libya, Russia has been developing devastating new weapons systems.  The following are just a couple of examples….

*In 2010, Russia introduced their new “fourth generation” nuclear submarine to the world, which is apparently quieter than any other submarine in existence.

*A while back, Russian Prime Minister Vladimir Putin climbed into the cockpit of Russia’s new “fifth generation” fighter jet and announced that it was far superior to the F-22 Raptor.

But most Americans don’t know any of this.

As the United States drowns in debt, Russia is thriving.

In fact, the cost of living is higher in Moscow than in any city in the United States.

Now there are even fears that Russia is trying to put the old Soviet Union back together.

It didn’t get much press in the United States, but the initial members of the “Eurasian Union” were recently announced.

Belarus, Kazakhstan and Russia will be the first three members, and it has been made clear that all of the nations there were formerly part of the Soviet Union will be welcome to join.

The following comes from a recent AFP article….

Russian President Dmitry Medvedev and his Kazakhstan and Belarus counterparts Nursultan Nazarbayev and Alexander Lukashenko were to sign a declaration on further economic integration at a summit in Moscow, the Kremlin said in a statement.

“The declaration will set out the ultimate aim (of economic integration) as the creation of a Eurasian economic union,” it said.

So why isn’t the U.S. press reporting on this?

Back when Reagan was president, Russia was the number one foreign policy issue.

But today nobody wants to talk about Russia.

Everyone in America so desperately wants to believe that the Cold War is over.

Everyone in America so desperately wants to believe that Russia is no longer a threat.

But the truth is that Russia is much stronger politically, economically and militarily right now than the Soviet Union ever was.

And significant portions of the Russian population have developed a great fondness for Soviet nostalgia.  Many of them wish that the Soviet Union was never broken up.  The following is a brief excerpt from a recent news report from Australia….

Mikhail Chernysh, a professor at the Institute of Sociology in Moscow, says constant exposure to a lost country has clearly rubbed off on Russians.

“What is striking, that there is nostalgia about the Soviet past even among young people who never lived in the Soviet period, who were never part of Soviet history,” he said.

From new retro Soviet-era vending machines to statues of Lenin in central squares, to the ubiquitous hammer and sickle, reminders of the USSR’s past glory are everywhere and for many in the new Russia, the past is too good to forget.

If the United States continues to underestimate Russia it will be a gigantic mistake.

The Cold War is not over.  Anyone that runs around saying that does not know what they are talking about.  The top politicians and military leaders in Russia do not view us as a friend at all.

If Russia was ever able to pull off a successful first strike and take out most of our remaining nuclear warheads (remember, our nuclear arsenal is now less than 10% the size it used to be), it is entirely possible that Russia would be able to totally defeat the United States in a future war – especially if they are allied with China at the time.

Most people in the U.S. think that this can never happen, but the top brass in Russia and in China spend long hours on exactly such scenarios.

Sadly, very little about Russia will be said during the entire 2012 election season.  Instead, everyone will be focused on the “massive threat” posed by the goat herders that are running around the hills of Afghanistan.

The blind are leading the blind and meanwhile the world is dramatically changing.

The Russian Bear is back, and Russia is going to play a huge role in world events in the years to come.

The Russian Bear Is Back, The Soviet Union Is Being Revived And The Cold War Is Not Over
http://endtimeinfo.com/2011/11/the-russian-bear-is-back-the-soviet-union-is-being-revived-and-the-cold-war-is-not-over/
cold warend timeEzekiel 38RussiaUSAwar
Previous ArticleGoodbye Roll Call, Hello RFIDsNext ArticlePrepare for riots in euro collapse, Foreign Office warns