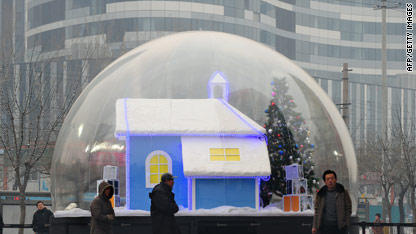 China’s Real Estate Bubble Bursts ? Good or Bad? The latest outlook from the Organization for Economic Co-operation and Development (OECD) says China’s real estate market fluctuations are a major threat to its growth next year. China’s growth will fall from 9.3% in 2011 to 8.5% in 2012. Along with the decline of the average price for real estate in large and mid-sized cities, some experts believe China’s real estate bubble is bursting. ChinaForbiddenNews ? Forbidden China 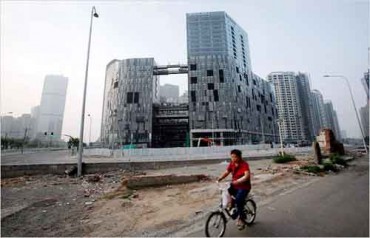 Dominant Social Theme: China’s got some problems. But a soft landing is virtually guaranteed. They’re a powerhouse, after all, destined to lead the world.

Free-Market Analysis: Given the turmoil in Europe, the mainstream media remains quiet about China to a large extent. We think if the average Joe were asked about China, he might explain that it’s the country that is going to lead the way in 21st century. That’s what he’s heard. That’s what he’s learned.

But being power-elite meme-watchers, we think this is a kind of elitist gambit. Without the USSR to provide an anti-thesis to the West’s thesis, the elite’s larger dialogue has been struggling lately.

The great Arab-Christian war (so long in the making) hasn’t produced enough tensions and neither Russia nor China has been able to excite fears the way the former Soviet Union did.

The power elite that apparently wants to run the world needs “synthesis” to move the Earth’s billions in the appropriate direction. If there is no tension, there is no way to manipulate people. So they are kinda stuck.

And that’s why they’ve shut up about China ? which remains on its way out, in our view. The mainstream media is not supposed to mention this, apparently … or only to talk about a soft landing. But there ain’t going to be a soft landing, not in our view.

How can you have a “soft landing” in a country of 1.3 billon people when the economy has been growing supposedly at 12 percent a year for 25 years? China’s big cities have occupancy rates of 80, 75 or even 65 percent these days, especially if one looks at commercial projects.

And then there’s the build quality. Not only has China built whole empty cities, the ChiComs have apparently built them badly. Airport roofs blow off in strong winds. Trains collide. Highways collapse. Mold creeps over empty downtowns. (Another video on this: House Prices Plunge in Chinese Ghost Town)

Are we exaggerating? Here’s the text accompanying the video below, entitled, “China’s Real Estate Bubble Bursts ? Good or Bad?” Yes, that’s just the point! China’s real estate bubble has ALREADY burst. It broke in the first half of the year and statistics are now becoming available.

Of course, we don’t believe Chinese statistics anyway. But we do believe there was/is a bubble. And if it’s popped, watch out!

We once labeled this the “most important story in the world.” We still believe it is. China is the third leg of the world’s economic stool. The American leg is cracked. The European leg has all but disintegrated. What happens when the Chinese leg shatters? Can you say “world depression”? Here’s an article we wrote recently on the matter (just one of dozens):

Chinese Vice Premier, Li Keqiang, in charge of the real estate regulation, said on Nov. 25th that China’s real estate market is at a critical stage. Even with a decline in real estate transactions, the government is continuing to cool down the housing market.

According to a New York Times report, 1/6 of luxury houses in Shanghai, 1/4 in Beijing and 1/3 in Shenzhen are empty. The ratio of empty houses in China has surpassed the international warning standards. The New York Times questions whether China’s real estate bubble has burst.

… Xie Guozhong says China’s bad economic situation in recent years has been down to real estate issues. When China’s real estate enterprises close down over the next few months, if the government would save the enterprises, this would impact China negatively in the long run, once again, confirming that China’s money-making model is stealing money away from the government and the banks. The current economic model offers China no way out.

China Goes Down?
http://endtimeinfo.com/2011/12/china-goes-down/
Chinaeconomic crisisempty citiesghost citiesreal estate bubble
Previous ArticleRussia’s Role in the End Time – A Study of Ezekiel 38Next ArticleEU To Seize Control Over National Economies With Stroke of a Pen