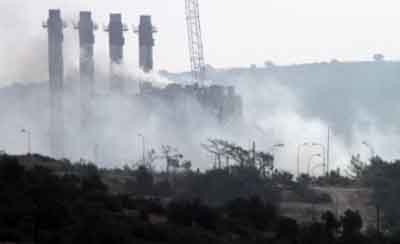 AFP – Many former US intelligence officials and Iran experts believe last month’s explosion at a military base near Tehran was part of a covert effort by the US, Israel and other states to disable Iran’s nuclear and missile programs, The Los Angeles Times reported late Sunday.

The huge explosion ripped through the Revolutionary Guard Corps base on November 12, leveling most of the buildings and killing 17 people, including a founder of Iran’s ballistic missile program, General Hassan Tehrani Moghaddam.

The newspaper said the goal of the covert effort is to derail Iran’s quest for a nuclear weapons capability and to stave off an Israeli or US airstrike to eliminate or lessen the threat.

“It looks like the 21st century form of war,” the paper quotes Patrick Clawson, who directs the Iran Security Initiative at the Washington Institute for Near East Policy, as saying. “It does appear that there is a campaign of assassinations and cyber war, as well as the semi-acknowledged campaign of sabotage.”

Any such operation would be highly classified, and those who might know are not talking, the report said.

For years, the United States and its allies have sought to hinder Iran’s weapons programs by secretly supplying faulty parts, plans or software, The Times said. No proof of sabotage has emerged, but Iran’s nuclear program clearly has hit obstacles that thwarted progress in recent years.

“We definitely are doing that,” the report quotes Art Keller, a former CIA case officer who worked on Iran, as saying. “It’s pretty much the stated mission of the (CIA’s) counter-proliferation division to do what it takes to slow Iran’s weapons of mass destruction program.”

Many Western experts are convinced that American and Israeli engineers secretly fed the Stuxnet computer worm into Iran’s nuclear program in 2010, The Times pointed out.

The virus reportedly caused centrifuges used to enrich uranium to spin out of control and shatter, the paper said.

Neither the US nor the Israeli government has acknowledged any role in the apparent cyber-attack, the report noted.