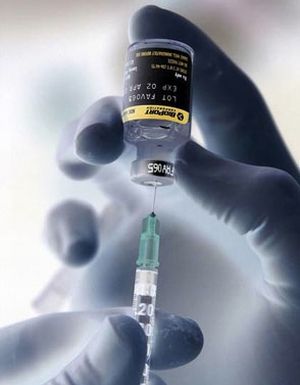 Population should be forced to take experimental shots ?for the greater good? 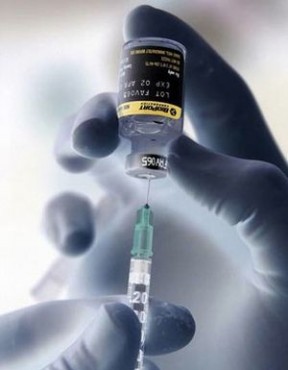 An article published by the American Medical Association?s Virtual Mentor journal advocates making participation in vaccine trials mandatory, arguing that people should be forced to take experimental shots in a similar vein to how jury service is compulsory.

The article, written by Oxford University?s Susanne Sheehy and Joel Meyer, is entitled Should Participation in Vaccine Clinical Trials be Mandated?

Concerned about the ?distressing decline in the numbers of healthy volunteers who participate in clinical trials,? the piece argues that ?Compulsory involvement in vaccine studies? should be considered for the ?greater good of society.?

?Many societies already mandate that citizens undertake activities for the good of society; in several European countries registration for organ-donation has switched from ?opt-in? (the current U.S. system) to ?opt-out? systems (in which those who do not specifically register as nondonors are presumed to consent to donation) [10], and most societies expect citizens to undertake jury service when called upon. In these examples, the risks or inconvenience to an individual are usually limited and minor. Mandatory involvement in vaccine trials is therefore perhaps more akin to military conscription, a policy operating today in 66 countries. In both conscription and obligatory trial participation, individuals have little or no choice regarding involvement and face inherent risks over which they have no control, all for the greater good of society.?

Using the example of military conscription ? the draft ? to justify the idea of compulsory participation in vaccine trials, illustrates how the whole idea is completely rooted in authoritarian tendencies. The draft has its historical origins in slavery and has largely been abolished by developed nations.

And if you thought the use of the term ?for the greater good of society? wasn?t downright creepy enough, the authors later propose tackling society?s reluctance to accept compulsory recruitment to vaccine trials by virtually advocating the arrival of a more deadly disease than swine flu in order to ensure ?compulsory recruitment becomes a more palatable option.?

?Consider an infectious disease with a high transmission and mortality rate for which vaccine development were possible but limited by a shortage of volunteers willing to participate in clinical trials. Would mandatory participation in clinical trials then be an acceptable policy?? ask the authors, ruminating on how an ?Increase (in) the severity of the disease in question,? would increase the likelihood of society accepting mandatory vaccine trials.

The authors conclude by bemoaning ethical considerations that would present a roadblock to the effort to force people to take experimental vaccines, proposing instead that a system of ?mandated choice? be introduced to coerce people into agreeing to be given the shots.

Mandating that people take experimental vaccines is of course completely abhorrent, it violates the fundamental human right not to be forcibly medicated, and harks back to the dark days of eugenics, mandatory sterilizations, and episodes like the Tuskegee syphilis experiment.

The very reason why less people are willing to volunteer for vaccine trials is the fact that vaccines, whether approved or experimental, have been responsible for deaths and injuries worldwide in increasing numbers. The United States, which administers the highest number of vaccines to babies, has the highest infant mortality rate out of all developed nations, a connection that is no coincidence according to a recent medical study published in a prestigious medical journal.

Indeed, earlier this month GlaxoSmithKline was fined $93,000 dollars for its role in an experimental vaccine program in Argentina that killed 14 babies between 2007 and 2008.

For this authoritarian premise to even be considered in the AMA?s ?Journal of Ethics? is shocking, but the increasing move towards making vaccines mandatory is a wider phenomenon.

Last year, California passed a law that allows children to be given the Gardasil shot, which has been linked with thousands of adverse reactions and dozens of deaths, without parental consent.

Parents who try to remove their children from the ever-expanding list of ?required? vaccine programs for school-age kids are being targeted by law enforcement. When Rachel Garmon told her doctor that she had taken the decision not to vaccinate her healthy 2 and a half year old son, she was subsequently visited by a Pennsylvania State Trooper who was tasked with investigating her ?suspicious behavior,? despite the fact that Pennsylvania is one of the many states that allows vaccination exemptions on both religious and medical grounds.

The AMA article represents a shocking insight into the control freak tendencies of some of today?s most influential medical minds. Forcing people to take part in experimental vaccine trials that pose a serious risk to their health is totally contemptible and has no place in a free society.