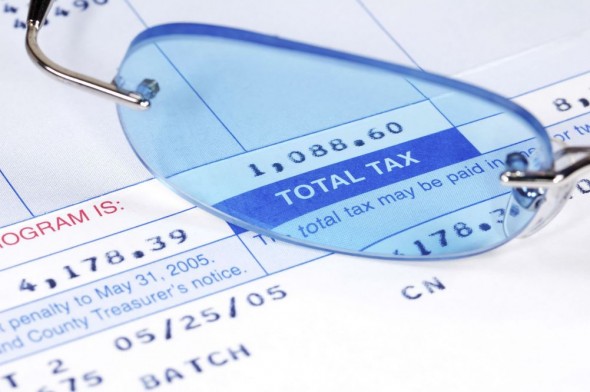 EU transaction tax ‘in law by year end’ … The European Union is set to move ahead with plans for a financial transaction tax despite British opposition, with a senior French politician saying the new levy will be in place by the end of year. Britain and Sweden are alone among the EU’s 27 member countries in opposing the tax. Jean Leonetti, France’s minister for European affairs, yesterday gave the clearest indication yet that the tax will be brought into law, saying the French and German governments were agreed that it should be implemented. ? UK Telegraph 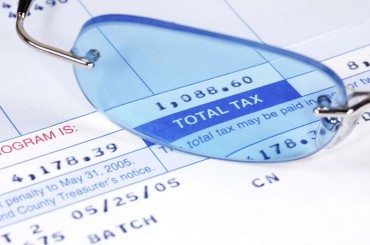 Dominant Social Theme: This is necessary because the banksters are thieves and should pay for their crimes.

Free-Market Analysis: The powers-that-be are pushing a transaction tax once again. For those who want to rule the world, a transaction tax is ideal. Everyone from the largest to the smallest would likely be under an affirmative obligation to keep some sort of log of trades and transactions.

This follows as surely as night follows day. Either a log would be kept for them or they would keep a log. Either way, the record-keeping would be compulsory. In the beginning perhaps the records would be anonymous. But the idea will be to keep records: painstaking records.

This will open up a bonanza of new crimes and criminals, in our view. First of all, as times goes on, trade data could be matched by powerful computers to detect patterns of “insider trading.” But sooner or later other crimes would be discovered as well.

One could come up with a whole category of market manipulation crimes once trade data is extensively tabulated. There could be volume crimes in which trades overwhelm the market, moving certain investments instruments up or down.

Or how about exotic front-running crimes in which markets are primed for front-running by manipulative trades. The trades push securities up into unstable valuations. Then someone triggers a selling program and the instruments begin to fall.

To counteract these newly discovered crimes, an international agency to fight market manipulation and insider trading would have to be set up. It would be a huge, global agency that would be funded by an ever-steepening transaction tax.

Soon, every large firm would have electronic market manipulation police. Certain firms would be identified as “going rogue.” These firms might be black-listed once they received unsavory reputations. People’s reputations would be blackened if they associated with facilities that did a good deal of trading.

These trading firms that had received the seal of government-trading approval would trade at the behest of big government entities. They would be the “preferred traders.” They would receive government advantages not given to others.

Eventually, these “good guy” traders would come to dominate the market. The difference would be that, unlike today’s large trading shops, they would be totally beholden to the regulators, their trades made at the behest of government, their trading books entirely open to the government.

There would be abuses, of course ? massive abuses. But what would get other trading firms into trouble would not get the government-approved trading shops into difficulties. Their abuses would be excused because they were working on behalf of the government.

All this is in the future, of course. And perhaps it won’t happen. The government of David Cameron is putting up a fight against a transaction tax. Germany and France’s leaders are pro-tax (see article excerpt up top). Here’s some more from the article:

“This is on the programme for the next European summit [on January 30]. Nicolas Sarkozy and Angela Merkel have decided on this and it will be put in place before the end of 2012,” Mr Leonetti said in a television interview. Britain and Sweden are alone among the EU’s 27 member countries in opposing the tax, which has gained iconic status among finance industry critics.

We have a difficult time with the idea that the British powers-that-be are actually opposed to a global transaction tax. Almost everything that Nicholas Sarkozy is doing in France ? especially his wars in the Middle East ? seem to be at the behest of the larger Anglosphere power elite.

The idea that Sarkozy and Germany’s Angela Merkel compose some rogue satellite spinning in its own orbit is kinda weird to us. Germany is so thoroughly occupied by American interests that the US military still keeps bases there ? over a hundred of them, in fact, from what we can tell.

We believe that the City of London and its intergenerational, great central-banking families WANT a transaction tax. Why wouldn’t they? Taxes are a way to develop information about people and business trends. Taxes are a way to ensure that one comes under pressure to conform and to do business in a way that benefits the larger system the powers-that-be have put into place.

We also believe that there is a good deal of generalized opposition to such a tax. In such cases, the powers-that-be seem to use a tool called Hegelian Dialectic to manipulate public opinion. They set up two opposing camps and let a debate take place that eventually creates something along the lines of the authoritarian element that is desirable.

In this case, Britain is perhaps being used to create one side of the debate and Europe the other. One could make the argument that the debate over the EU and the euro themselves have been polarized in this manner.

One could also make the argument, if this perception is valid, that the elites are feeling a good deal of opposition to their plans as it is more desirable simply to force change via legislation and military power than to use the more subtle tools of meme and dialectic.

Surely, the “transaction tax” must count as a bona fide dominant social theme. It is fear-based: If one isn’t applied the “banksters” will surely drive the world into chaos and depression. It is populist: The banksters made the problems; now let them pay. Above all it is authoritarian in the worst way: It will give government (and those who stand behind government) tremendous new powers.

A transaction tax will be another (big) step toward world government. The whole idea apparently is to have one marketplace, one regulator and one set of civil and criminal penalties. But the transaction tax will open up a whole new set of crimes and provide governments and the power elite with enormous new legally mandated privileges.

Those who are trying to create a one-world order are intent on wiping out any vestige of ability for people to make money in ways that are not approved of by the “establishment.” The powers that be dislike hedge funds for this reason, as hedge fund traders operate with little oversight.

The elites worry about independent pools of money because these pools of money can support information nexuses that are inimical to elite interests. What we call the Internet Reformation is a case in point.

The powers-that-be dislike gold immensely because in times of economic stress, the gold industry takes off and funds all sorts of alternative media explanations for what is taking place. Couple this independent source of income with the Internet itself and you have the possibility for large-scale debunking of the current bought-and-paid-for authoritarian system.

Given what is taking place on the Internet and around the world, we can see the elites’ fears are well founded. A global securities transaction tax would have two beneficial effects, from their view: It would inevitably disenfranchise independent money pools over time. It would also provide immense revenues to facilities being set up by the powers-that-be to police the New World Order.