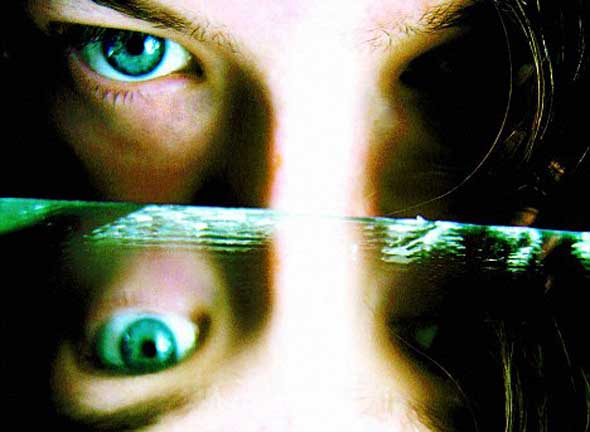 The Defence Advanced Research Projects Agency is investing $4 million in the project, which includes research into causing  ‘auditory and visual’ hallucinations in enemy troops.

The technologies could be similar to current measures designed to confuse radar systems, but applied to human beings.
The ‘illusions’ would likely use optical technology, and will be built to be mounted on vehicles.

‘The current operational art of human-sensory battlefield deception is largely an ad-hoc practice,’ says the agency.

The agency aims to investigate ‘how humans use their brains to process sensory inputs,’ to create technologies that will provide a tactical advantage on the battlefield.

Darpa says it aims to, ‘Demonstrate and assess the operational effectiveness of advanced human-deceptive technologies on military ground, sea, and airborne systems,’ according to the report in Wired.

Wired magazine’s Noah Schachtman says, ‘This is not the first time that military researchers have tried to confuse foes with sights or sounds that aren?t really there.’

If this all sounds a little outside the military norm, it shouldn?t. Magicians and generals have had a long-standing relationship ? one that produced very real effects during wartime. Harry Houdini snooped on the German and the Russian militaries for Scotland Yard. English illusionist Jasper Maskelyne is reported to have created dummy submarines and fake tanks to distract Rommel?s army during World War II; some reports even credit him with employing flashing lights to ?hide? the Suez Canal. At the height of the Cold War, the Central Intelligence Agency paid $3,000 to renowned magician John Mulholland to write a manual on misdirection, concealment and stagecraft. It was republished in 2009 as ?The Official CIA Manual of Trickery and Deception.?

‘In the early years of the war on terror, many in the defense tech community floated the idea of a ‘Voice off God’ weapon. The idea was to use directed sound waves to convince would-be jihadis that Allah himself was speaking in their ears ? and ordering them to put down their suicide belts.’

In the Fifties, the UK and U.S. governments both researched using ‘weaponised’ forms of LSD and another hallucinogen, BZ, for battlefield use.

Dream warriors? U.S. military to research \'battlefield illusions\' to baffle enemies
http://endtimeinfo.com/2012/02/dream-warriors-u-s-military-to-research-battlefield-illusions-to-baffle-enemies/
DARPAImage of the Beastrobotswar
Previous ArticleUN Guidelines: Recruiting Religious Leaders as ?Agents of Change? for One World ReligionNext Article24 Signs That We Are Getting Dangerously Close To A Major War In The Middle East