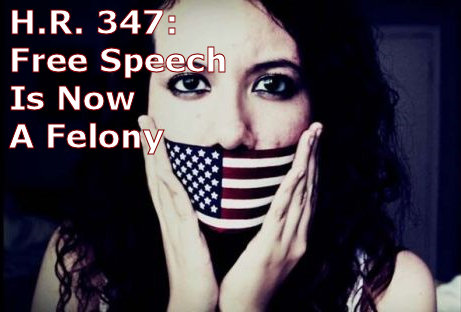 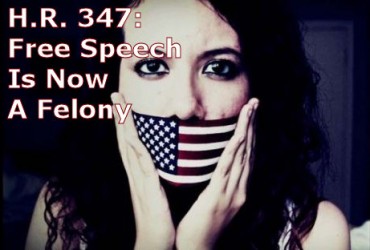 A new bill, HR 347, the Federal Restricted Buildings and Grounds Improvement Act of 2011, also known as the ?Trespassing Bill,? is soon to be signed into law by President Obama. This bill effectively criminalizes protest and will hurt protest groups and movements such as Occupy quite hard.

There are already many problems with the bill as it does not attempt to define what ?imped[ing] or disrupt[ing] the orderly conduct of government business or official functions? is, nor does it specify what ?government business? is or what an ?official function? is. This vagueness will allow for the US government to effectively stifle protest and free speech, thus criminalizing such actions like the upcoming Occupy Chicago anti-NATO/G-8 protests. In addition to this, such a law will make it impossible for Americans to exercise their First Amendment rights when ?government business? is being attended to or ?official functions? are occurring.
Unsurprisingly, only three people voted against the measure: Paul Broun (R-GA-10), Justin Amash (R-MI-3) and Ron Paul (R-TX-14). This law would allow federal law enforcement ?to bring these charges against Americans engaged in political protests anywhere in the country, and violators will face criminal penalties that include imprisonment for up to 10 years.? HR 347 will is ripe for abuse, as the NYPD has, as of recent, assumed the notion that taking photos and videotaping is a form of disorderly conduct.

The fact that only three people in the House, all Republicans and absolutely no Democrats (see the voting list here), only shows just how both parties are just two sides of the same coin.

This law comes at the heels of the US government having debated over whether or not to indefinitely detain US citizens and Attorney General Eric Holder- the Obama administration?s version of John Yoo, arguing that the President can assassinate US citizens without providing any evidence whatsoever to anyone.

Free speech may very well soon be nothing but a distant relic of the past.