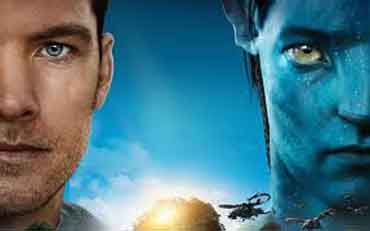 The U.S. military is researching ways for its troops can use their minds to remotely control androids who will take human soldiers’ place on the battlefield.

The ultimate goal of the project sounds, bizarrely, much like the fantastical plot of the the film of the same name.

In the James Cameron movie, set far in the future, human soldiers use mind control to inhabit the bodies of human alien hybrids as they carry out a war against the inhabitants of a distant world.

According to the Darpa’s 2013 budget: ‘The Avatar program will develop interfaces and algorithms to enable a soldier to effectively partner with a semi-autonomous bi-pedal machine and allow it to act as the soldier?s surrogate.’

The report, released this week, says the remote controlled androids will be capable of doing everything that a human soldier can.

They should be able to perform all the duties expected of a human soldier, including ‘room clearing, sentry control [and] combat casualty recovery,’ all via remote control.

The means in which this man-machine mind-meld are to be achieved are unclear, but Darpa’s description of the project notes ‘key advancements in telepresence and remote operation of a ground system’.

The agency has reportedly already funded successful attempts to control robots with thought – albeit using monkeys – raising the terrifying prospect that wars may in the future be fought by machine proxy.

The initiative seems like the next logical step in the U.S. military’s robotics and remote warfare research.

Remote-controlled drones have, controversially, been in use for some time, and have been a key, if sometimes clumsy, weapon in the U.S.’s operations against Islamic extremists.

Last week Darpa released a new video of AlphaDog and noted that they wanted the machine to interact with soldiers in a way similar to the relationship between a trained animal and its handler.