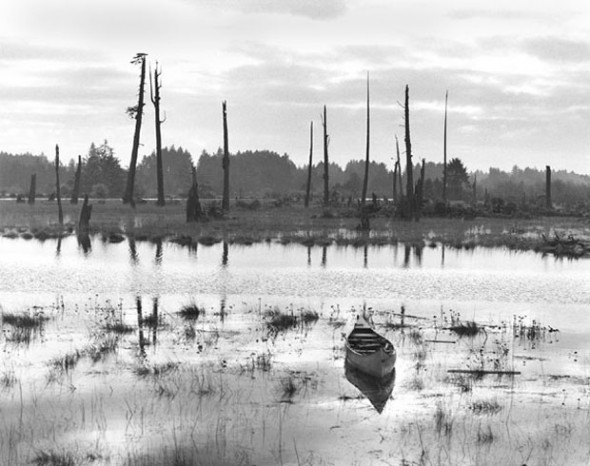 Just over one year ago, a magnitude-9 earthquake hit the Tohoku region of northeastern Japan, triggering one of the most destructive tsunamis in a thousand years. The Japanese?the most earthquake-prepared, seismically savvy people on the planet?were caught off-guard by the Tohoku quake?s savage power.

Now scientists are calling attention to a dangerous area on the opposite side of the Ring of Fire, the Cascadia Subduction Zone, a fault that runs parallel to the Pacific coast of North America, from northern California to Vancouver Island.

This tectonic time bomb is alarmingly similar to Tohoku, capable of generating a megathrust earthquake at or above magnitude 9, and about as close to Portland, Seattle, and Vancouver as the Tohoku fault is to Japan?s coast.

Decades of geological sleuthing recently established that although it appears quiet, this fault has ripped open again and again, sending vast earthquakes throughout the Pacific Northwest and tsunamis that reach across the Pacific.

What happened in Japan will probably happen in North America. The big question is when.

People in the United States and Canada, if they think at all about earthquake disasters, probably conjure up the San Andreas fault in the worst-case scenario.

In California, as they wait for ?the Big One,? people wonder which city the San Andreas will wreck next?San Francisco or Los Angeles?

But if by the Big One they mean the earthquake that will wreak havoc over the widest geographic area, that could destroy the most critical infrastructure, that could send a train of tsunamis across the Pacific causing economic mayhem that would probably last a decade or more?then the seismic demon to blame could not possibly be the San Andreas.

It would have to be Cascadia?s fault.

One year after Japan?s devastating Tohoku earthquake and tsunami, scientists are still trying to figure out how the world?s most organized and earthquake-ready nation could have been taken so much by surprise.

They were hit by an earthquake roughly 25 times more powerful than experts thought possible in that part of the country.

How could the forecast have been so wrong?

The short answer is they didn?t look far enough back in geologic time to see that quakes and tsunamis just this big had indeed occurred there before.

If they had prepared themselves for a much larger quake and wave, the outcome might have been entirely different.

Exactly the same is true of the Cascadia subduction zone?an almost identical geologic threat off the west coast of North America.

When it was first discovered, many scientists thought Cascadia?s fault was incapable of generating giant earthquakes.

Now they know they were wrong. They just hadn?t looked far enough into the past.

The Cascadia subduction zone is a crack in the Earth?s crust, roughly 60 miles offshore and running 800 miles from northern Vancouver Island to Northern California.

This fault is part of the infamous Pacific Ring of Fire, the impact zone where several massive tectonic plates collide.

Here, a slab of the Pacific Ocean floor called the Juan de Fuca plate slides eastward and downward, ?subducting? underneath the continental plate of North America.

When any two plates grind against each and get stuck, enormous stress builds up until the rocks fracture and the fault rips apart in a giant earthquake.

Two other segments of the Ring of Fire ruptured this way?Chile in 1960 at magnitude 9.5, the largest quake ever recorded on Earth, and Alaska?s horrible Good Friday earthquake of 1964, at 9.2 the strongest jolt ever to hit the continent of North America.

Cascadia, however, is classified as the quietest subduction zone in the world.

Along the Cascadia segment, geologists could find no evidence of major quakes in ?all of recorded history??the 140 years since white settlers arrived in the Pacific Northwest and began keeping records.

For reasons unknown, it appeared to be a special case. The system was thought to be aseismic?essentially quake free and harmless.

By the 1970s several competing theories emerged to explain Cascadia?s silence. One possibility was that the Juan de Fuca plate had shifted direction, spun slightly by movement of the two larger plates on either side of it.

This would reduce the rate of eastward motion underneath North America and thus reduce the buildup of earthquake stress.

Another possibility was that the angle of the down-going eastbound plate was too shallow to build up the kind of friction needed to cause major quakes.

But the third possibility was downright scary.

In this interpretation, the silence along the fault was merely an ominous pause.

It could be that these two great slabs of the Earth?s crust were jammed against each other and had been for a very long time?locked together by friction for hundreds of years, far longer than ?all of recorded history.?

If that were true, they would be building up the kind of stress and strain that only a monster earthquake could relieve.

In the early 1980s, two Caltech geophysicists, Tom Heaton and Hiroo Kanamori, compared Cascadia to active quake-prone subduction zones along the coasts of Chile and Alaska and to the Nankai Trough off the coast of Japan.

They found more similarities than differences.

In fact, they found that the biggest megathrust events in these other zones were directly related to young, buoyant plates? being strongly coupled to the overlying landmass at shallow angles?which fit the description of Cascadia perfectly.