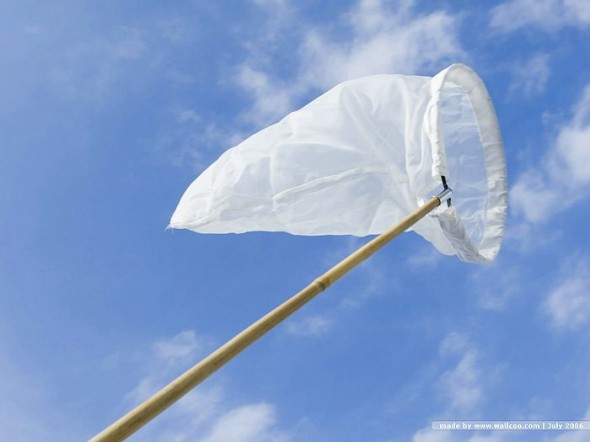 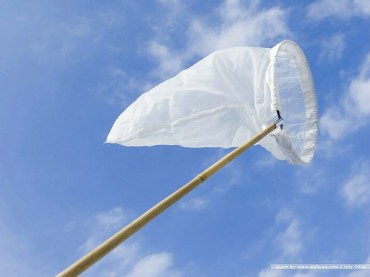 Dominant Social Theme: Take this nasty gas and bury it.

Free-Market Analysis: Imagine that someone proposed to freeze oxygen and store it below ground in a semi-solid form. Imagine that this was supposed to be turned into an industry. Imagine that people pursued oxygen with butterfly nets, so that you had plenty of “capturers” running around the countryside waving at the sky. Imagine that they were paid top dollar by private industry and government to do this …

It’s really no more ridiculous than what is now being seriously proposed by the mainstream media. “Carbon capture” is not merely dubious on a number of fronts; it’s an example of the contempt held by the power elite for the masses they someday intend to “cull.”

The power elite intends to move the world toward global governance via dominant social themes, the fear-based promotions that frighten Western middle classes into giving up power and wealth to specially prepared globalist institutions.

Global warming itself, now labeled climate change, was the proximate methodology for this manipulation, and despite the exposure of global warming as a fraud, the elites that seek global governance continue to promote this false meme.

There likely IS no global warming, and even if there is, the world has been warmer and colder for literally billions of years. Climate change is the norm for a planet like Earth and is neither a crisis nor a turning point in human survival.

In fact, a little “warming” would likely make it easier to grow food and reduce the amount of insulation necessary in buildings. However, some scientists now make an argument for global “cooling” ? and that would likely bring a different set of issues demanding industrial and commercial response.

Could global cooling be in store for humanity and for the world? The website isthereglobalcooling.com makes the case that people may be chasing the wrong “crisis.” Here are some facts that the global cooling site presents on its landing page:

Coldest March (’11) in Australia history, Global temperatures in first 3 months of ’11 are the coolest in the past decade, May ’11 Australian ski slopes to open early with early cold, Seattle has coldest April in history in 2011, Darwin Australia has coldest May and June 2011 temps in history.

It is really possible, when it comes to the weather, to present a series of facts that buttress any given argument. The weather is simply too big a phenomenon to be pinned down precisely around the globe.

When one tries to make projections it becomes even more ludicrous, if that’s possible. Forecasts currently are valid only a couple of days out. Beyond that, even the most modern weather forecasts are not apt to be especially valid.

Nonetheless, the power elite that uses fear-based promotions to push the world toward global governance is busy utilizing the mainstream media to whip up interest in a “carbon capture” industry.

Again, this makes about as much a sense as capturing air with butterfly nets, but common sense is not part of a promotional procedure. The idea is to generate hysteria and then, by implementing nonsensical solutions, make what is ridiculous seem commonplace. Here’s more from the Telegraph article, excerpted above:

The consortium said it proposed to build a low-carbon coal power station at the Port of Grangemouth, west of Edinburgh on the Firth of Forth in Scotland. A previous high-profile government competition to award the ?1bn funding allocated to the development of a commercial scale CCS project ended in failure last year, but a new competition is due to be launched in coming weeks.

The proposed bid announced today would be known as the Caledonia Clean Energy Project. The power plant would run on coal feedstock and would have more than 90pc carbon capture, Summit Power said. The captured carbon dioxide would be transported via a pipeline to St Fergus by National Grid Carbon and then transferred offshore where it would be stored “deep under the North Sea” by CO2DeepStore, a subsidiary of Petrofac.

Summit Power said it was currently developing a very similar project in Texas, for which it had been awarded $450m by the US Department of Energy.

We can see above how this process of implanting an unnecessary industry is evolving. The power elite attempts to control the world via mercantilism, by passing laws that benefit its various actions and then by building on them.

In this case, we can see that the elites are using the funding stream of government to get this faux industry off the ground. A “high profile government competition” is one of the methodologies that directs US$1.5 billion toward whatever corporations manage to figure out how to remove carbon from the sky and bury it below ground.

Doesn’t matter that it already “ended in failure.” The elites and their enablers and associates are nothing if not stubborn. They’ll continue to try until they get it right and resources around the world are dedicated to a nonsensical solution to a non-existent problem.

The Scottish government is not alone in this insanity. Just this week, the Economist magazine, a pre-eminent mouthpiece of the elite, ran a long article entitled, “Net benefits … The idea of pulling carbon dioxide out of the atmosphere is a beguiling one. Could it ever become real?” Here’s how the article began:

THOSE who worry about global warming have a simple answer to the problem. Simple in theory, that is: stop pumping carbon dioxide into the atmosphere. In practice that is rather hard to do. But there is another approach. Having put the stuff into the air, take it out …

Klaus Lackner, a physicist at Columbia University, started talking about this a decade ago. Peter Eisenberger, also of Columbia, and David Keith, until recently of the University of Calgary, in Canada, and now at Harvard, have taken up the idea as well.

All three have formed companies aimed at doing it, with the help of some intrigued billionaires. Dr Lackner was patronised by the late Gary Comer, founder of Lands’ End, a large clothing company. Dr Eisenberger’s backer is Edgar Bronfman, whose fortune came from Seagram, a now defunct distiller. And Dr Keith has Bill Gates.

All the usual suspects, once again, including intimidated billionaires like Bill Gates who have long since realized their fortunes aren’t really “theirs” and that if they do not point their billions at supporting the elite’s dominant social themes they will end up in jail or worse.

And so it goes. Sooner or later there may be an industry in “carbon capture.” It will be based on spurious science and will do nothing but fritter away the world’s wealth.

Central banking itself has created the world’s biggest bubble by supporting unnecessary banks and financial services around the world. The faux-tensions of the war on terror divert literally trillions into fighting unnecessary wars with unneeded armies. And now there may be a carbon capture industry that will provide a solution to a problem that doesn’t exist.

There is a reason that the world is impoverished and that billions live on a dollar or two a day. The dynastic families that apparently control the world’s central banking wealth are determined to perpetuate their fear-based propaganda even if it has been thoroughly exposed by what we call the Internet Reformation.

Creating all these false crises and then building up whole “industries” to address them is one of the reasons why the world faces constant economic crises. Instead of growing food and creating new and innovative products, those who are trying to run the world spend enormous sums of money to equip people metaphorically with butterfly nets and then encourage them, figuratively, to run around the countryside in pursuit of air.

This dissipation of resources makes communities poorer and confuses cultures generally. When the predominant scientific consensus is one that cannot be proven and is likely fake, then the future is mortgaged to phantasmagoria. It has a ripple effect throughout society.

Conclusion: It’s simply not good to construct a future based on lies. Fortunately, the Internet’s alterative media has done a good job of deconstructing the global warming meme. Whether the power elite can build a business around “capturing carbon” remains to be seen. Certainly, they’ll continue to try.